Back with more (unrequested) Gino D'Eliso in Santi ed Eroi (1979) 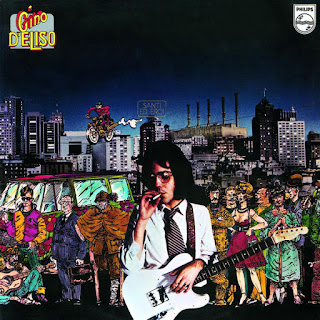 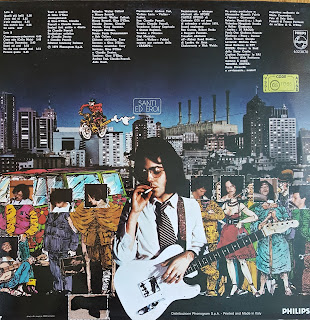 I'm sure we can all agree it's an incredible cover, very much a part of those times.  As a child then, and now,  I remember how comics had a huge heyday in the seventies, particularly in Europe.

In this 1979 release, he has almost completely ditched the orchestral arrangements and delicacy that made the first Mare album so delightful and the second a little more missing in action.  As a result I don't think I'll dare to get the next in the series, which came in 1983 and was called Cattivi Pensieri.  (Note the obligatory haircut every male was required to get on New Years Day, 1980.  The hair was allowed to grow longer over the course of the decade, but only in the back, not the sides or front.)

A track that does recall the prior two LPs is Tu Che Non Cambi Mai:

At the end, Abbey-Road-like, there is a 'secret track' with sped-up (chipmunk) vocals.
Not even as worth hearing as Paul McCartney's "Her Majesty."