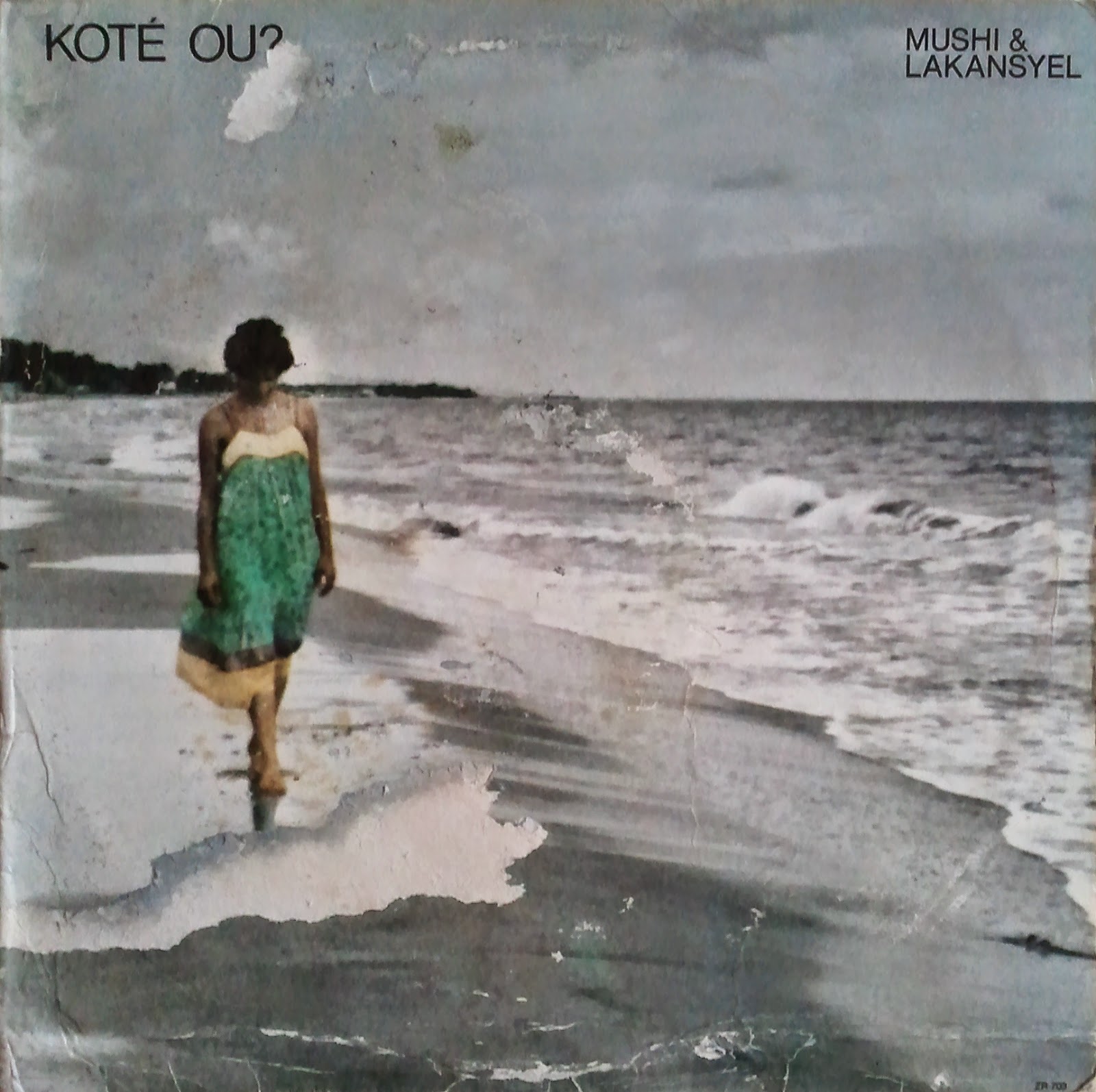 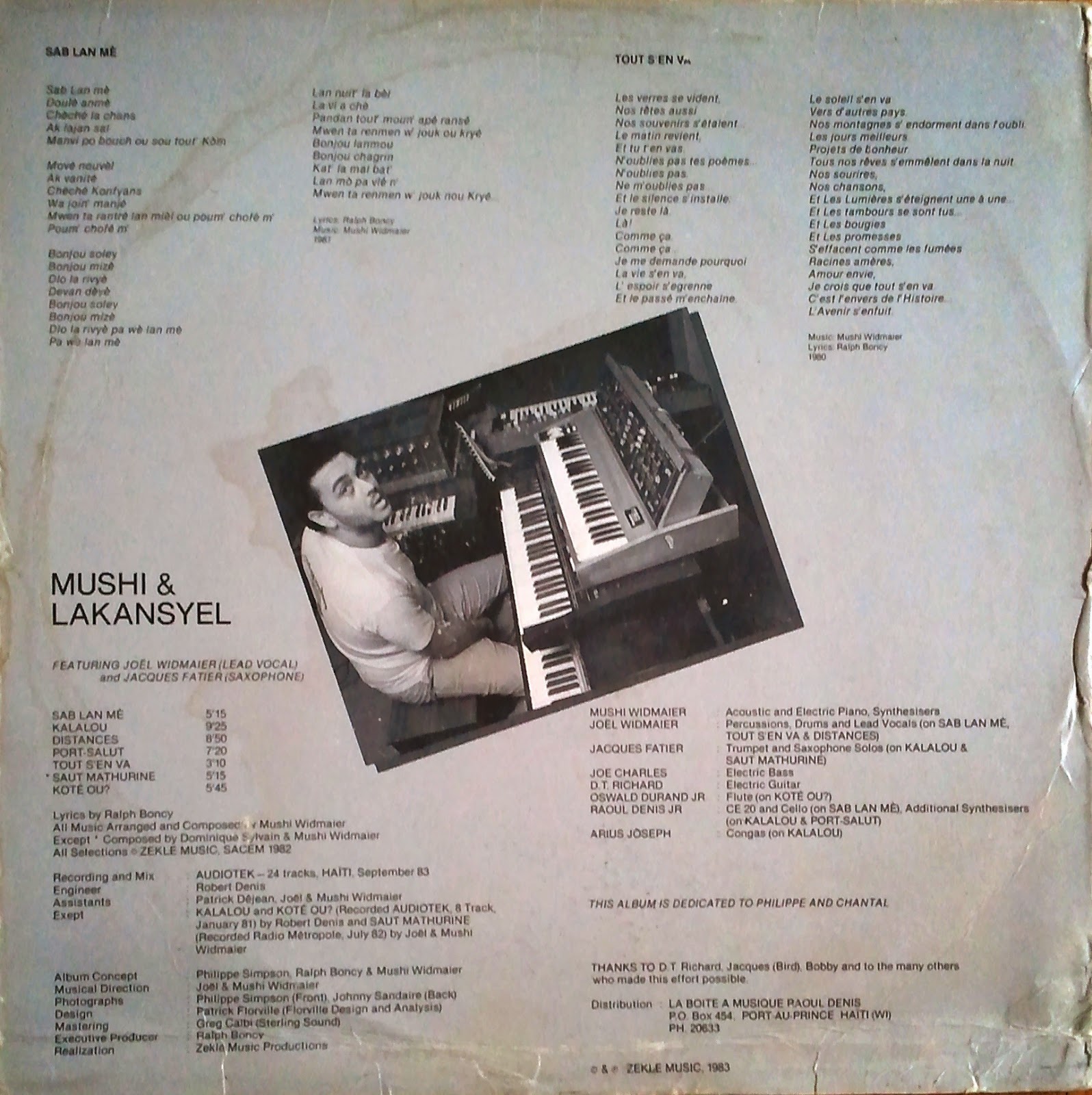 This is a masterpiece of progressive Brazilian-style soft jazz that I never knew even existed until it came up for sale.  To find such gorgeous music and songwriting after such a long time looking for rarities as usual just stuns me.  It stands comparison to the best work of Milton Nascimento, the great Brazilian composer songwriter, with the added edge of progressive dissonance that takes it right over the top as far as I'm concerned.  Of course, having been released in Haiti, 1983, what chance was there for any commercial success?  Today of course, it is still regarded as a failed state, particularly since it was destroyed by the horrible 2010 earthquake and previous hurricanes and as usual not as much aid has been forthcoming as would seem to be necessary on moral grounds-- more and more powerful hurricanes being obviously one of the forecasts for the coming era of climate change.  But why is it such a failed state, the pre-eminent one in the Western hemisphere?  Why, indeed...

Well, few people are aware of the true story of why.  It turns out Haiti and the other Caribbean Islands were some of the first fully colonized spaces after Europe 'discovered' the Americas.  And the reason is obvious, they were islands and easy to dominate.  So of course their first thought was to turn them into huge farms, which we call plantations now, and who would work on these?  Well, the natives, initially.  But they were such slavemasters that they quickly ran out of manpower.  So the solution, obviously, was to import slaves from Africa.  For hundreds of years in fact, Africans worked those European farms to make sugar for Europeans.  And to make their owners rich.  Well, one day the whole country of slaves rose in revolt and said, no more, we will now control our country ourselves, get out, what you have been doing is plainly wrong.  The Westerners were forced to leave.  Instead, an island full of ex-slaves became a country.  Unfortunately, for punishment the 'civilized world' decided they would never help Haiti again, particularly, the United States, so close by, refused any aid, and moreover took delight in tampering with the politics of the country for its own selfish purposes.  And this situation continued-- for centuries.  What about the natives, why are there no natives (i.e, what are called American Indians) such as one sees commonly in Mexico and S. America?  They killed them all off, or rather, they all died.  You will not see any native people on Haiti anymore. What is different about this country is that the subjugation lasted so long.  For so many generations, there were only slaves and masters, unlike for ex. in Africa where the colonial era (setting aside the slave trade previous) lasted only one or two centuries.  As well, the island was fully depredated, there was nothing left, not even trees, to fall back on, unlike the case in North American where rich natural resources could be re-exploited upon independence.  So let's say it again, 'why is Haiti such a failed state, what's wrong with those people?'...   Imagine a man wrongly accused of murder, thrown into jail, who spends decades or even most of his life in solitary confinement.  One day the error is discovered, perhaps exonerated through DNA testing, the miscarriage of justice is reversed, and he is freed (such as is quite common in the United States).  Will this man become a productive member of our society now?  Of course not, moreover, it's quite possible he never will, he has been too severely traumatized-- he will never be the same again.


There is a lot of info on this page.  Apparently it was released to CD but these are now out of print as well.  A few points, notice that the lyrics are by Ralph Boncy (who is also exec. producer).  The 'other' artist, Lakansyel, sounds to me like pidgin French for rainbow, perhaps it's the name of the group?  Notice also that Widmaier's brother Joel is singing here, he is the one with the fabulous voice on the vocal tracks (half the tracks are instrumentals).  He also plays percussions, with Mushi playing keys.

At the bottom:  "This album is dedicated to Philippe and Chantal (his children?)."  Bonjour Soleil, Bonjour Misère:

And the last (title) track is shockingly progressive, showing what a talented composer this Mr. Mushi Widmaier was... tragically so, since this appears to be his sole output.

Check out how much the harmony vocals recall Milton Nascimento's classic use of the below-third interval, as opposed to rock's use of the above third or fourth started by the Beatles long ago.  As well note the amazing falsetto vibrato of the stunning vocalist who sustains the notes with almost no effort (presumably Joel). 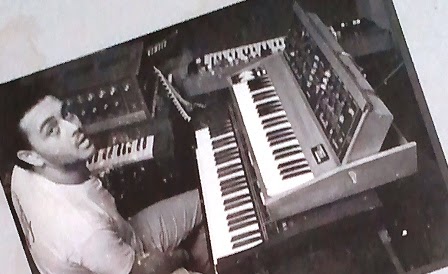 And spare a thought for those poor people of Haiti, who have seen no end of suffering for 400 years or so, and still do not, thanks to the recent earthquake.  It is so important for us in the West to understand they are poor because they made us rich.  You cannot be wealthy without someone else being poor-- currency is a purely relational thing.
And wouldn't it be easy to get rich by using unpaid slaves to work a farm the size of an island-- for 300 years?


The more I listen to this the more it sounds like an old friend from childhood, something so familiar I feel like I 've listened to it all my life, like those summers at the beach spent in days long ago passed, or in Paul Verlaine's words, like voices you loved now silenced, with its tropical warmth and the sun and sadness shining down, with side a introducing us to a sunrise and a morning full of light and sound, with side b passing to afternoon and the final track with its bird calls closing with sunset over the ocean and streaks of color in the distance among the clouds...  This man surely put all his heart and soul into this work and asks us all to please, accept the gift of his soul with grace...
Labels: Herby Widmaier, Mushi & Lakansyel