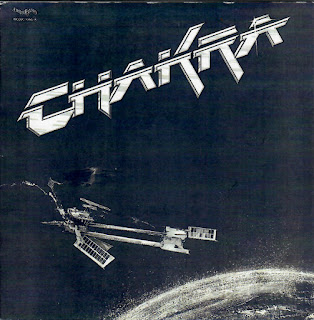 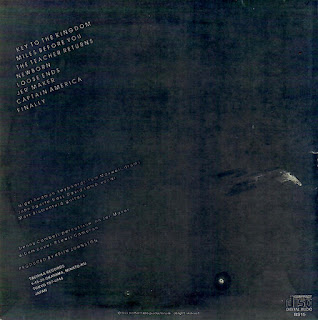 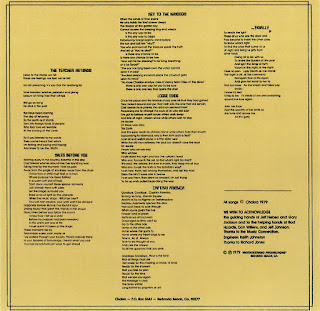 One of many bands of the same name, obviously. they released only one album in 1978.  You may already be familiar with it, hopefully I might add, but if not it should be a real surprise.  It hits all the right notes so to speak when it comes to the US prog department, with the usual symphonic, spacey sounds, the dissonances, the varied atmospheres and the overall concept-like feeling.  I'll just borrow the review from progarchive, it being Friday night and all:

Chakra biography
Chakra are an American Symphonic Prog band hailing from Orange County, Southern California in the late 70s. Their sole album was a self-titled album released in 1979, consisting of 8 tracks that were dominated by instrumental passages and atmospheric keyboards. The 5 piece band consists of keyboardist, Nigel Redmon, drummer, Tom Maxwell, bassist, John Ugarte, guitarist, Mark Blumenfeld, and vocalist David Lamb. The overall sound is similar to early Genesis or especially Yes and Emerson Lake & Palmer. The distinct classical quality in the music is virtuosic especially the grand piano flourishes of Redmon. The lyrics are based on Christian themes and are overall uplifiting and majestic in tone. The band should appeal to fans of Lift, Pentwater, ELP, and Yes.

What's actually not referenced above is the darker atmosphere that permeates overall, as evidenced by the last track called Finally:

Especially unique is the use of chopped or staccatolike chords with the keyboards strings, completely at odds with the usual sustained chords strings are employed for.  Here the digital percussion, at least in my opinion if not Tom Hayes', really adds to the song  by giving it that robotic feel.

Loose Ends features the all-out proggishness that makes this record clearly a category one 'area 51' thriller;