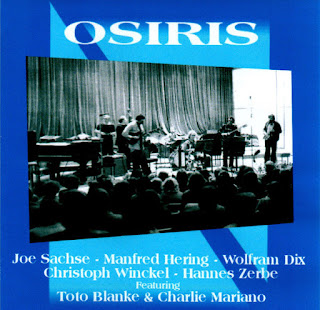 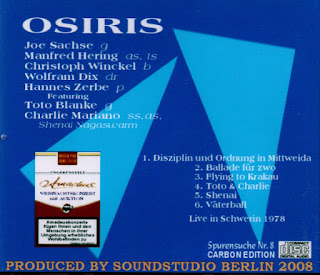 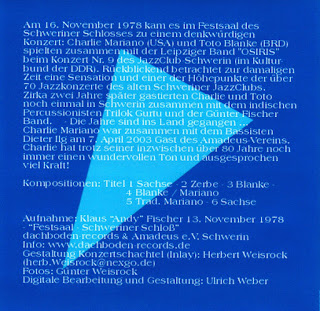 Somebody pointed this out to me long ago, and it took this long for it to surface for sale.  Long before any pandemic was on the horizon.  Everyone now can have a listen.  I don't think I need to mention the two famous artists involved here, but note that the remainder of the musicians are not so well known.  It seems to be a one-off band in a live performance, with information included here.

Note that the sound of the recording is not ideal, and I'm being a little uncharacteristically complimentary, being on a par with some really rough and ready primitive mikes, maybe hidden in someone's briefs for the chief purpose of impressing a lady companion.  The first track in particular might drive you a little crazy in some parts as it did me with its static non-white noise.  Luckily that's a short drive for me.

There is a bit of eastern stuff, a bit of fusion, some nice electric and some nice acoustic guitar stuff.  All over the place, but more jazzy in general than I would've expected given those two huge talents dominating the set.  The duet of them 2 is nice and has the advantage of being familiar:

Stay safe and be careful out there and let's hope the music sees us through to the day when it will be all carefree again like it was before...