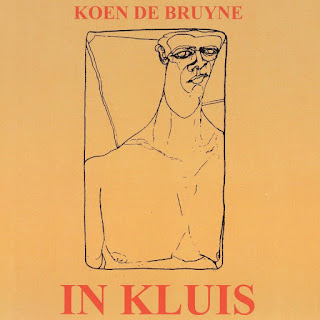 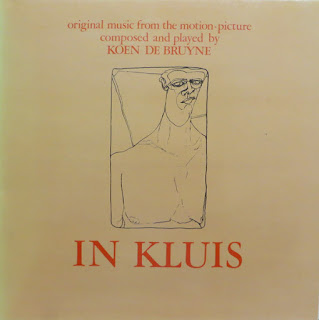 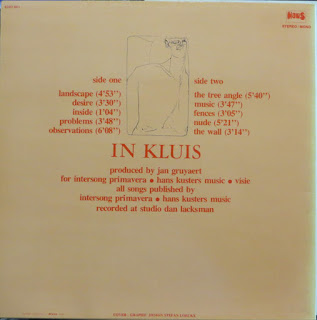 I thought that the title of this was appropriate for these locked down times.

Do I have the heart to copy and paste his brief discogs bio:

Jazz and ambient/electronic musician from Belgium.
He was a prominent studio musician working for several pop artists in his home country like his brother Kris De Bruyne for example, as well as artists from abroad like funk band BLACK BLOOD and with Janko Nilovic (known for jazz library music) in a group called Mad Unity.
To his name he only has two records; Koen De Bruyne - Here Comes The Crazy Man! from 1974 is a keyboard heavy funky fusion record with exceptional sound because of the use of brass instruments and vocals by Patricia Maessen; could be compared in some degree to the also Belgian group Placebo. His other album is Koen De Bruyne - In Kluis an experimental electronic soundtrack album for the movie 'In Kluis' by Jan Gruyaert.
Koen De BRUYNE died in 1977 while he was producing Kris De Bruyne - Ballerina's. The first song 'Oh Producer' on this record is dedicated to him.

Let's set aside the masterpiece from 1974 mentioned before on this blog here.  I almost fell out of my chair when I learned he made a follow up album in 1978, which is the soundtrack to a movie, of course let's not expect the same kind of one of a kind insanity as happened 4 years before, but it turned out to be a really solidly well-composed, well-crafted, well-thought-out slab of black vinyl with interesting ideas and atmospherically beautiful keyboard sounds-- just what you'd expect from a very creative young guy 'ordered' or rather commissioned to write soundtrack music for background music, not in-your-face. For sure the closest point of comparison would be keyboardist of Secret Oyster Kenneth Knudsen's best works, like Pictures and Anima which I think I posted here before, boy is it hard to remember these things now.  Btw if there's anybody out there who still hasn't heard Pictures, I'll post that one too, it's incredible.

Very sadly unknown even among those who should be seeking after these styles, which is, namely, me plus one or 2 other people in the world I guess equally crazy men and as particular in their musical tastes.  As you all know I love to research these 'art films' on imdb, always encountering a near-total paucity of information, but in this case, a nice cover with a naked girl, as can be seen here, translated as "The Enclosure".  Even the great youtube has nothing on this one, unless you're looking for tips on how to reno your old garden shed or how to make a lot of money staying home in front of your laptop making really dumb videos for idiots.  Doesn't matter, though it's surprising that he chose his own artwork for the album cover rather than the movie poster or somesuch analogous advertisement.

Each track I think is priceless in its own little way.  All instrumental keyboard music here.  So as I often do I'll just post the first track, called Landscape:

For anybody who plays keyboards those opening chords are quite interesting, but just wait till the synthesizer comes flying in from outer space right after.  Oh man...

I'll include the earlier Here Comes the Crazy Man (the OG LP version, not the CD which I recommend you purchase for the extremely interesting bonus tracks, and which I don't want to share here!!) and the Mad Unity - Funky Tramway one-off album from 1975 (but written by the great and beloved library composer Janko Milovic, I take it).  From that one, the gorgeously written Flemish Suite:

And to all those European countries out there that I maligned so much as a tourist in this blog hit so hard with this vicious, horrific pathogen called SARS-nCoV-2, please accept my heartfelt apologies for what you are going through, because as the WHO director said we must now face together the common enemy of humankind.  It's just like those scifi movies where everyone must join forces to fight one invader and we have to stay together or we will not succeed.  Watching the numbers rise daily though I can say with some confidence that Europe is approaching the peak and plateau in the next 1-2 weeks or, as Chairman Mao once said, It's never darkest till it's completely black... 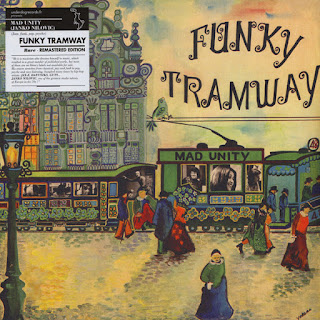 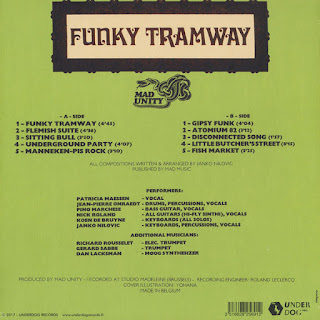