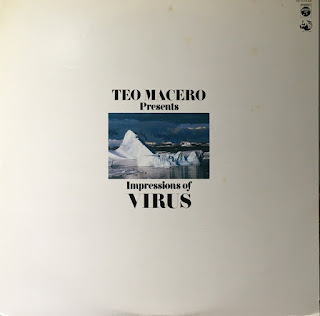 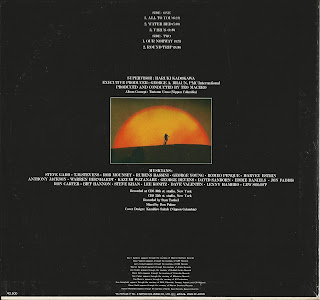 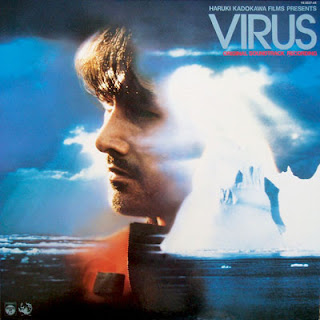 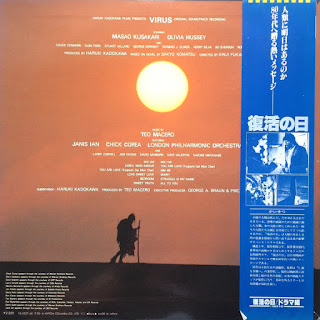 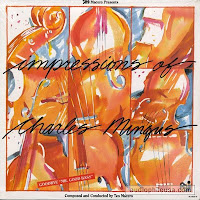 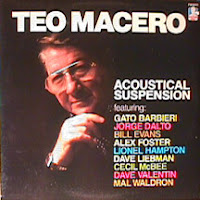 I covered a lot of Teo in the prognotfrog days I think and have slowly collected most of his material including the later stuff which is available on amazon such as Impressions of Mingus, one of his most underrated albums, and probably some of the best composition I've heard in the 15 to 20 years I've been obsessed with this genre.  I'll upload a copy for a brief time, plus more.

Of his post-50s albums the best were 1985's Acoustical Suspension, the Virus OST from 1980, and this one, which was missing for some odd reason from the discography already available.  I think he's well known as a producer at Columbia Records for Miles in the seminal ultrafamous jazz albums Kind of Blue and Bitches' Brew.  Unfortunately his own compositions are scattered all over the place in these years, and it wasn't until the 80s that we hear collected together some more of his own writing, but this turns out to be brilliant.  The compilation record called Teo from 1980 has some incredibly gorgeous material from way back when he did Jazz Composers Workshop with Chas Mingus in the 50s going up to the more easy listening string-driven style he exploited in the 80s, but also some lovely C minor organ/elec guitar style rock in a track called Love/Match Point:

I would love to know from what movie or album that came from originally.

But on the Virus OST there's some absolutely stunning material, and those would be the choice words I would use to describe a track called mm 88, with its uniquely bizarre reverbed electric guitar, background brass and synths:

It would be nice to know how this particular album relates to the Virus OST but unfortunately all inner and liner notes are in Japanese.  Maybe someone could provide a brief translation?


Acoustical Suspension from 1985 continues with the advanced composition applied to a fusion big band formula, almost European in its elevated intellectual context of ideas.   The title track:


But my favourite later album is his homage to Charlie Mingus, partly because he really nails some of the personal cliches of Mingus music like the extended melodies that go on for more than 16 bars (e.g. Porkpie Hat), the uplifting crazy happy use of modal bop (Something like a Bird), and the depth of his pain and yearning (Allegro non troppo, Meditations) as heard on my favourite jazz album of all time, "Let my Children Hear Music" (I believe Teo got a credit as producer for that one).

From that record, his homage to Mingus' Chill of Death:

I believe this homage is also great due to the admiration, respect, & love which Teo held for the great bassist, who had passed away in 1979 from the horrific progressive illness amyotrophic lateral sclerosis (which slowly but torturously took away his ability to play music).


So I've included all the following for your enjoyment: the Virus OST, Impressions of Virus, Teo, Impressions of Chas, and Acoustical Suspension.  If anyone knows of any others worth hearing, please let me know.
The Fusion album is purely atonal btw and disappointed me.  It reminded me a lot of David Bedford's Star's End with Mike Oldfield.