Berklee's Jazz in the Classroom with Volumes X, XII, XIII 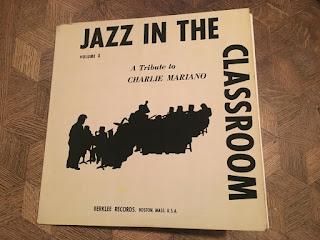 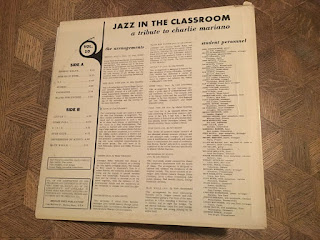 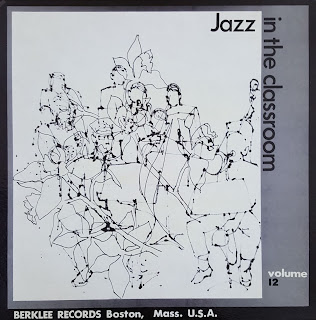 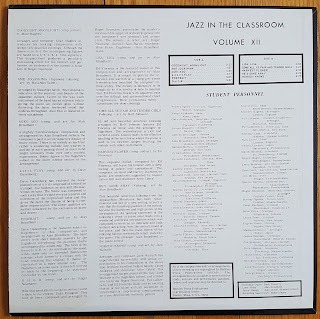 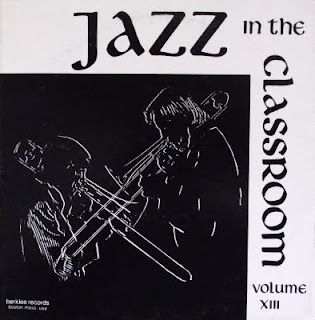 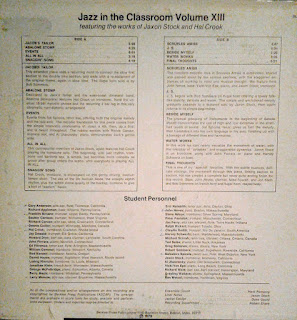 Regarding Jazz in the Classroom which I'm surprised didn't come up some years back when I was digging up those college LPs:
Jazz band comprised of the students of Berklee School Of Music and released on the school's own imprint Berklee Records.
There's been a neverending series of great musicians that went through the doors of Berklee in Boston.  In fact on the back of the XII record some pretty famous names are mentioned such as Masahiko Satoh and Miroslav Vitous. On the discogs main page other luminaries such as Gary Burton, Michael Mantler, Mike Gibbs, Charlie Mariano...
Apologies for the stupid cover art certain rippers / vinyl collectors perversely put with their rips as if to say 'ha, I own the record and you don't'-- a habit I personally detest, being as you all know very much into sleeve art.
We have three installments here, I want to mention first that our old favourite Jason Stock reappears with his immortal Jacob's Tailor composition on Volume XIII:
Maybe you don't remember, the Humber College Band on the way to Montreux played that incredible arrangement here.
Both Vol. XIII and the Volume XII (database has been left incomplete stupidly) which I bought and ripped have a series of inventive and imaginative charts full of great and creative, youthful ideas, which is fitting since they are spread out among different composers. There are a couple of traditional or folk song tracks which were arranged by some of the students, including one by our fave Satoh (multiple posts).
The Vol. X subtitled "A Tribute to Charlie Mariano" which appeared earlier is a bit more disappointing being further back in time.  It has been neglected from the database.  The arrangement of Star Gaze sounds a lot like the old Gil Evans arrangements for Miles Davis in his Birth of the Cool period:
We'll see if we can complete at least the later albums from the series (those from the 70s, as usual).