3 Albums from Frank Van Der Kloot and Fontessa + multiple reups from the past....

Some years back I heard their wonderful first album with its guitar-based progressive rock sound and the darkly charged atmosphere full of invention and mausoleum abstractions (nekronomicon): 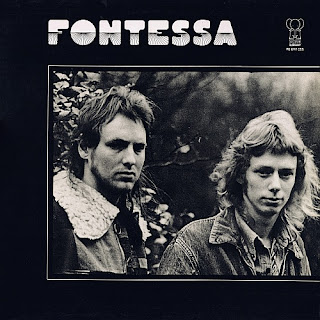 Only last year, this was released to CD by label Tone Arm, and thus can't appear here.  But I didn't realize till I randomly searched the name 'they' (Frank van der Kloot + friends) produced two more records, as below: 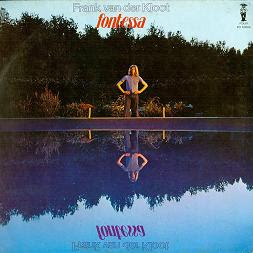 And in this second 1976 outing, the progressiveness is quite to the fore, mostly instrumentals which remind us of Finch and Focus, sometimes the one, sometimes the other, in almost alternating tracks recalling one or other of the F'ey influences here, occasionally smooth, by turns harder edged, all of it on a slick and gorgeous guitar (a Les Paul?) evocatively flying the melodies, almost anthropomorphic in the bent notes and tender slides and bluesy flats that sing so closely to us, so directly into our hearts.  Perhaps many will agree with me, the greatest invention in patented musical apparati in the history of man / woman (do they agree though?) is the electric guitar, with coming a close second or tie the electric piano, in particular, the Rhodes sound.

A very enjoyable album you will see, not too complex at all to tax the frontal lobes, but of course our tired lives cannot withstand too much of the atonal difficulties, we yearn for something more approachable after a day's listening to Zig Zag or somesuch similar and dealing with idiots in accounts receivable or collections agencies...

I particularly adore the 'long track' chopped in subsections called "Heaven is across the street."  Surely this deserves to be transformed fully into a work of poetry, as it aspires to be.

But is it, indeed? Victor Janos some 4 years before filmed the murders of four in the Last House on Dead End Street...  a movie as rare today as it is unappreciated, much like the music we listen to here in this blog.

What about their last work from 1978?  Sadly, we have here lost almost totally the progressive in favour of direct funky rawk, similar to Daddy Warbucks, but obviously not as good. 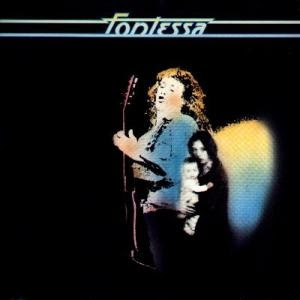 Hear it and auditorily appreciate what I mean-- though stop to smell the roses of the (Focus-like) progressive track arriving last on your doorstep, "One of these days:"

Sadly, it doesn't quite compare to the great Focus tracks of yore, such as Love Remembered, The Gossip, Sylvia, Moving Waves... those progressive masterpieces of yore that set me on this irrevocable path towards complexity in music and that odd addiction to its energizing and pleasurable contents, which indeed, make life so much more a tiny resemblance of heaven on my block...


From this great review of rare Dutch prog:

Frank van der Kloot started his musical career in a band called Bobby's Children. He played with them from 1971 until 1972. He then formed the band Drama with whom he recorded an album.  In 1973 he formed his own band Fontessa, together with the Drama drummer Shel Schellekens. In 1974 they recorded an album and a year later a single was released, A look in your eyes/Where have you been.  After the decline of Fontessa, Van de Kloot recorded a solo album, in 1976, also titled Fontessa.

He is currently the owner of a guitar shop in the Hague.