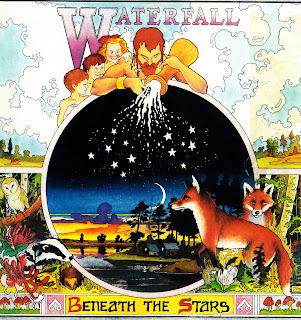 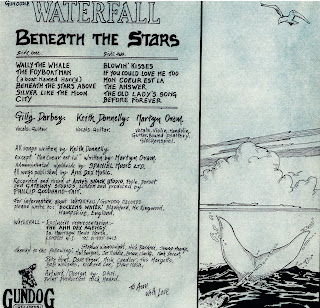 Look at that classic cover!
In this late year for Britannia straddling the new wave divide it would have been a shock to hear a record harking back to Renaissance and the Strawbs' folk prog style whose popularity peaked a decade earlier, and surely they could never have hoped for commercial success... and quite obviously they didn't care, and that uncompromising attitude is exactly what we recognize and celebrate today: for this record is plentiful and fecund with gorgeous songs that would have been much more appreciated before-- many many years before.  Consider the evocative "You are golden like the sun and silver like the moon" which reminds me so much of my youngest son with his light blonde hair and dark blue moods:


Whilst the addition of a fiddle adds a Comus-like dimension to the Old Lady's Song:


The unique aspect of this song is the descending chord progression which, in the chorus, is gorgeously echoed by the "gone away, how can I say, he's gone away."
They released two other records before this one that are sadly disappointing in side by side comparison, possibly due to the strength of this particular one.  Anyone who needs them can request below.
Many many thanks again to my great dear friend who '(re)discovered' this record for myself, and thereby for the world at large.