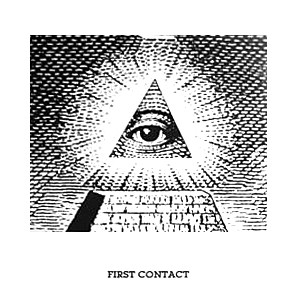 These guys, who made only this release, remind me a lot of US progmasters Babylon with their basis in Genesis-inspired symphonic later prog with electronics and synths galore, so also a bit of crazy Mars Everywhere.  All with chords and melodies that are really, really whacked-out.  What a shame they didn't make any more for us to hear.

It's true, "You'd better sit down" to listen to this track:


As for the title of the band, I've spoken endlessly about the current unthinking scientific attitude that 'one day robots will take over the world,'  much of that amplified by extreme overhype on the part of silicon valley dorks and geeks.  And it may be true that one day we won't have to scour the past for great prog rock, a computer program will generate endless amounts of it for the purposes of our drug-like perpetual satisfaction.  An infinity of it on demand, much like the current situation with regards to video-game-addicted people.  Add to the threat of robots, the allure of said games, social media addiction, loss of jobs to automation, modern-day voluntary slavery with the 'gig economy,' and the future sure looks bright, doesn't it?  Except for the people designing those AI programs, right?  It's so similar to the hard work of nuclear scientists (so much hard, hard work), to bring us the atomic bomb and then the thermonuclear devices of which there are still thousands lying around the world, with more to be built.  Progress so often feels like driving at a hundred miles an hour on a road towards a cliff and being unable to steer.  At any rate, as others have pointed out before me, it should really be called "artifical stupidity."
Not so stupid is the craftsmanship behind these songs though.  In fact, it makes my jaw drop to hear it again.