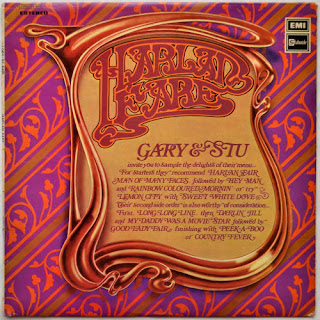 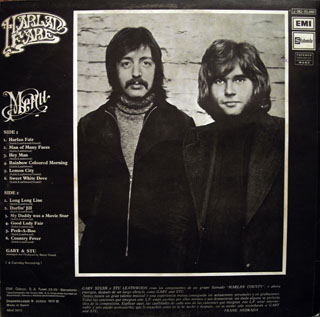 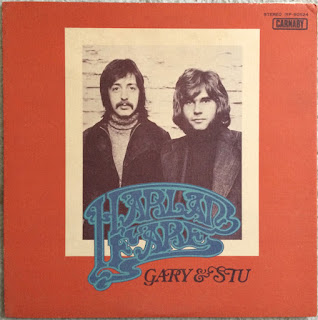 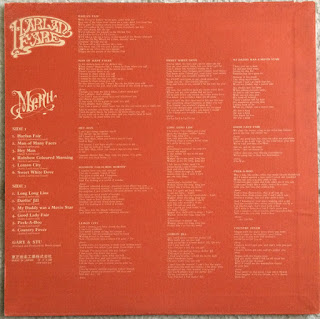 Here's a complete change in direction again with a folk and singer-songwriter album in the typical late 60s early 70s style complete with acoustic guitars and some lush but tasteful orchestral makeup as was always applied in those days. Full names of the two artists involved are Gary Sulsh and Stuart Leathwood.  The former also performed in a band called Harlan County which made two albums in those days.  Confusingly this is almost the same as American Jim Ford's 1969 album Harlan Country, or maybe they just borrowed a lot from Ford.  I really don't care-- do you, as Melania would say, since the latter is so generically uninteresting.

The big highlight is the stunningly gorgeous single about a ship called Good Lady Fair:

As usual, I have to wonder if this miracle of songwriting got the credit it deserved back then.  And if not, why it couldn't become a hit on radio today to replace the usual idiotic playlist including Elton John's Candle in the Wind, etc.  Elements that make it a strong no. 1 hit: the slightly childish 'dada-dada' intro hook moving up in whole tones, the simple chords based on variations of 1-4-5, the expressiveness of the chorus sung in its high register and the way that section ends in A minor for a sustained note, creating an unresolved tension until we return to the wordless intro hook, and then of course the subject matter of the song similar to David Crosby's fantastic Wooden Ships about the freedom of sailing away, presumably to a better place.

Luckily it's not the only good song on this album, though certainly it's the only brilliant one.