Mosaik (1982, from Sweden, not to be confused with French and German Mosaic/k) 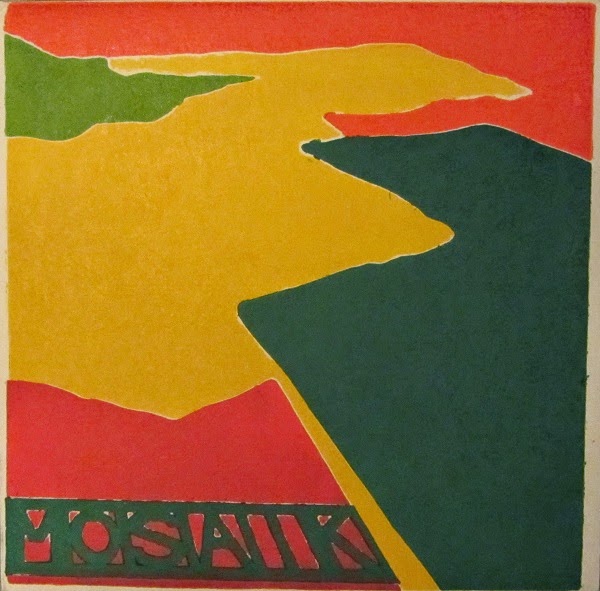 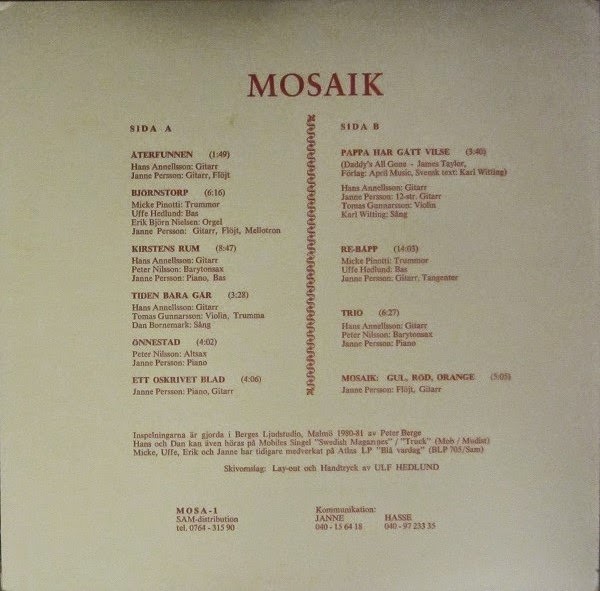 Apparently it was posted on prognotfrog, and a reupload was requested... More information can be found here on discogs.

"It seems Sweden's Atlas never had a very easy time of it, only releasing one album in their six-year history, 1979's Blå Vardag. Ad Perpetuam Memoriam's mid-'90s CD reissue includes several bonus tracks, including one by the post-Atlas outfit, Mosaik, formed by all of Atlas minus one of their two keyboard players, Björn Nielsen. Mosaik is a surprisingly progressive album for the time, although as Isildurs Bane proved, progressive rock didn't completely die out in Sweden in the '80s, though it really wasn't looking too well for a while. Mosaik's a bit of a mixed bag, going from gentle acoustic opener, Återfunnen, through the piano and sax duet Önnestad to the rather overlong Rhodes and MiniMoog jazz workout Re-Båpp, although overall, the band kept the quality pretty high. http://www.planetmellotron.com/revm9.htm


Note that both French (Ultimatum, 1978) and German bands (No. 1, 77) of the same name are highly recommended, particularly the former, which was released to CD with some really wonderful bonus tracks that are as good as the original album (although as usual they did not improve on the cover).

Tomorrow I will be back with more new material hopefully, including the continuation of the Jordi Sabates story, a lossless version of some old rips requested, and more US fusion which is so amazingly tasty when unknown!
Labels: Mosaik (Sweden), Tom Hayes and the cdreissuewishlist