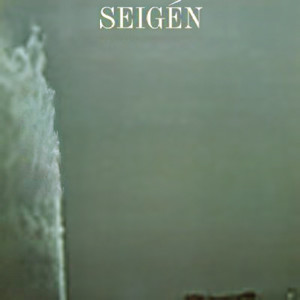 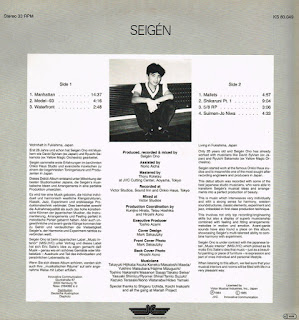 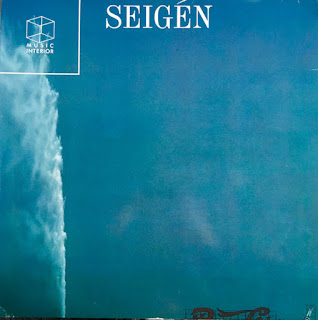 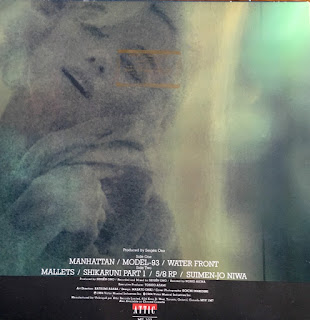 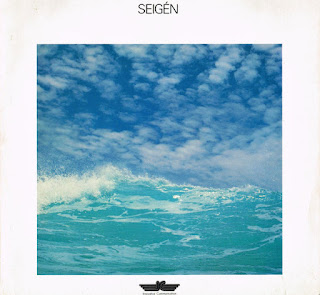 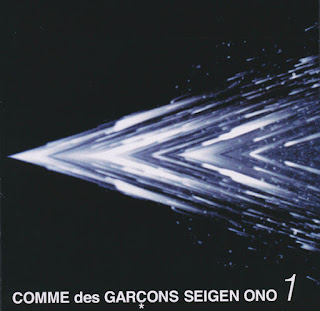 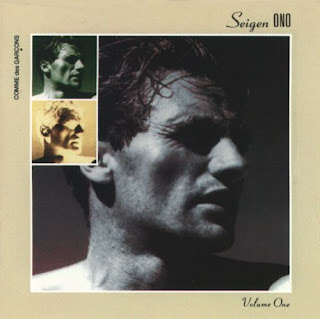 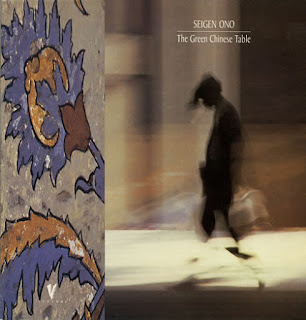 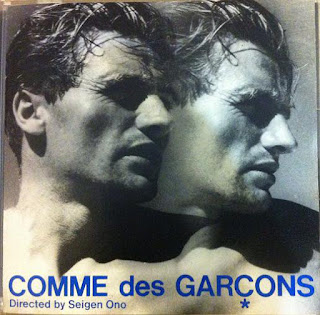 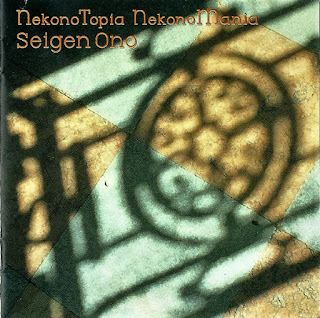 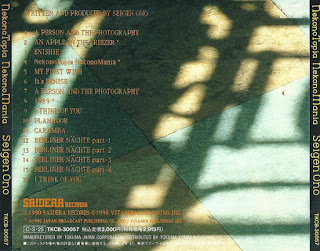 I have to say flat out I don't like some of those album covers up there.  But I had to post them.  Anyways enough about that.

Seigen Ono's first album has been a favourite of mine for many years and finally I thought of looking through the discography to see if there was more from him worth hearing.  I eventually stopped after the year 1990, out of exasperation.  Unlike what I had believed, he isn't the composer of all the music, in fact only a small part of it.  Those who wrote the best pieces, such as the Manhattan one, are quite unfamiliar names.  Perhaps someone can enlighten us.  Thus, the masterpiece composition of Suimen-Jo Niwa:

Like I've said before so many times with regards to other pieces, all of human musical artistic knowledge and technology from the earliest days until today is on display here, all the brilliance and invention humans have ever brought to bear on acoustics and sound waves to create beauty, to create happiness and peace in the mind, all of it melded together is to be found in one small 4.5 minute work.  This one written by Toshihiro Nakanishi.

Regarding the second work, allmusic says:

Seigen Ono was offered the unusual opportunity to supply music for the Commes des Garcons fashion shows in the late 80's and gathered together the cream of New York's downtown avant-garde to create some of the more unusual runway music ever created. Issued in two volumes, the first contains work all co-written by Ono (the second has pieces by various composers) along with Arto Lindsay, Peter Scherer, John Zorn and others. The songs with Lindsay's involvement all have a Brazilian tinge to them and sound as though they could have come out of an Ambitious Lovers release from around the same time. "Hunting for Lions", written in conjunction with John Lurie and Loy Ehrlich, has a pleasant travelogue feel to it; listeners who have enjoyed much of the Made to Measure catalog including the early work of Hector Zazou will find themselves right at home here. Even at its blandest, there's a pleasant, lolling quality about the music that renders its lack of grit negligible. At its best, as on the lovely "Pessoa Quase Cerla" with enchanting harp playing from Carol Emanuel and delicately touching vocals (in Portuguese) from Lindsay, it offers genuinely beautiful music, far better than anyone would have reason to expect at a fashion show. Volume Two is more generally successful, but this release has its own charms.

Actually I was quite disappointed by the 'pleasant travelogue' insipidity of the music and I think you probably will be too, though on some tracks there is a kind of nice percussive late Can or Holger Czukay dialectic going on.  This is nowhere as good as Fukamachi's 1986 soundtrack to the fashion show "Nicole," posted not so long ago in those big packages of albums from him.  The second Comme des Garcons volume is actually more raucous, simplistic and all over the place, totally lacking in the 80s-digital cohesion of the first.  As for the Chinese album of 1988 I think it's a bit too bland and new agey as well, kind of what you'd expect.  So basically, an early progressive masterpiece, following by average clunkers-- how many times have we encountered that situation before?  As I said, mathematics and music are young people's games, at least, at the most creative level...