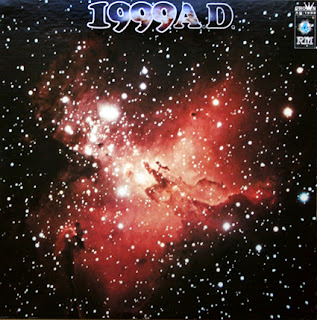 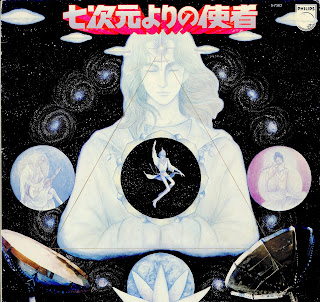 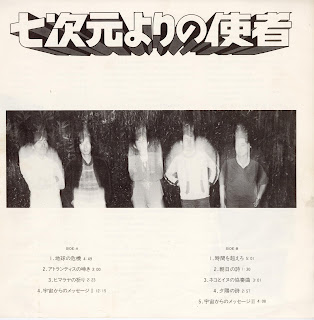 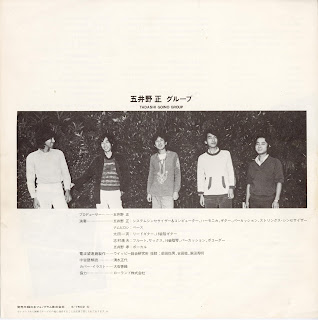 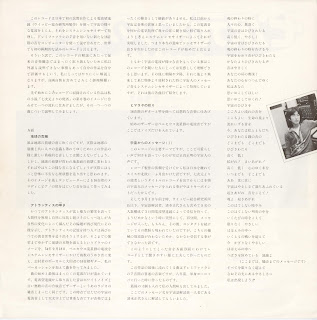 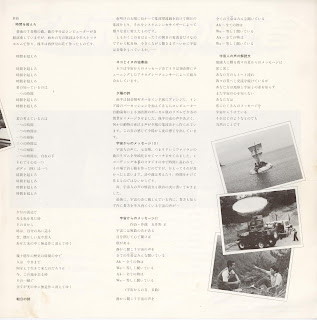 The first album from 1974, by Nozomi Aoki, features some spacey synths and experimental passages that fit well in the role of soundtrack music, particularly if its role is to not distract from the visual, which it is in no danger of doing.  There is a lack of cohesion though with some simple pop with vocals, some dissonance tracks, some musique concrete from the artist doodling his synth knobs about.  I notice the composer made a lot of this kind of music but I'm not in too much of a hurry to seek out more.

The second request the Tadashi Goino Group in 1979 made only this experimental album with a great deal of noise and not so much to hang on to for the average listener, which we really aren't, except perhaps for the purposes of this post.  Note the cost of the album currently.