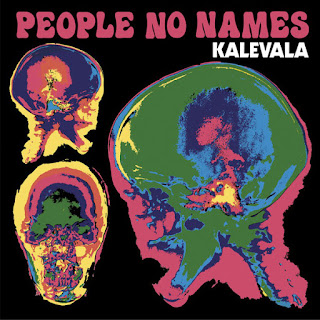 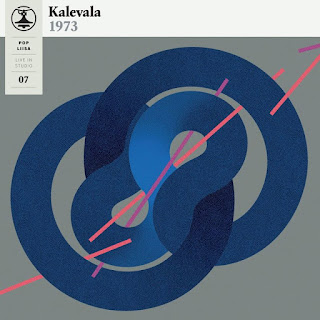 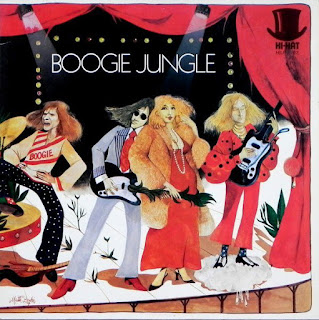 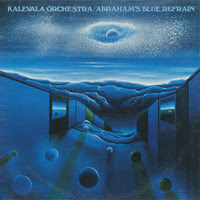 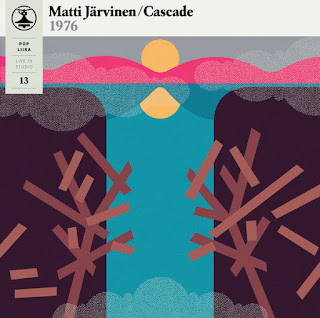 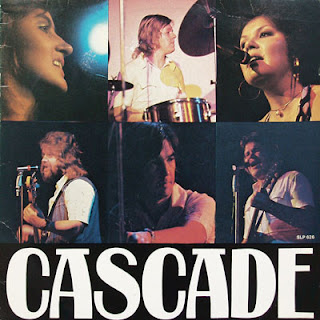 I find myself in a similar sort of situation to when the friends discovered the riches of Evergreen College or more recently in the anthropocene when the commenter 1st pointed out all those many Mini Jazz Klubs, with a plethora of unheard-of master musical gems.  Here we have 18 albums in each series (thus total 36, each 35-40 minutes long-- feel sorry for my wife, or rather, your wives out there--  that's a total of approx. 24 hours) with all the famous names of Finnish prog music (except Pepe Paradise, I notice)-- playing mostly unreleased songs in a live-in-studio format.  Oddly enough the producers or label don't have a general purpose explanatory page.

So we have many artists who already appeared in these pages before, such as Matti Jarvinen, Kalevala, Helasvuo, Jukka Tolonen, and all those who are so famous they don't need to make an appearance on this blog like Elonkorjuu, Tabula Rasa, Tasavallan P., and superstars Wigwam (still the best of 'em all), even boreal fusionmasters Finnforest turn up with my favourite track Odd Tale which was on their 1980 Jargon LP.  An incredibly beautiful composition.

So what I'm going to do is mention some artists we would never have known of were it not for this fabulous series, and review each numbered installment so you know what to look for and what to studiously avoid, because there are dozens of ordinary pop, rock, or free jazz trash tracks in there as well.  It can't be all veins of gold in this ol' mine.

First the straight-ass intro regarding this series, from bandcamp (you can buy almost all of these online):

The Pop-Liisa and Jazz-Liisa broadcast session series presents previously unreleased and forgotten gems from the biggest names of Finnish prog and jazz of the 1970’s.  Never bootlegged and known up until now only to a few faithful servants (and largely thought to have been lost for ever), these sessions offer a hitherto unrivalled look into the state of Finnish jazz and progressive rock between the years 1972-1977. Imagine if the sessions recorded by John Peel had only recently been discovered, and you get an idea of the cultural weight of what is being brought into the light of day here.  Originally recorded as broadcasts by YLE (the national radio service Yleisradio, (”the Finnish BBC”), the thirty-four Liisankatu sessions are a genuine who’s who of Finnish prog and jazz. Interestingly, anyone with even basic knowledge of the era’s biggest bands will recognize familiar names at play within these obscure bands.  As such, these sessions provide the missing link between jazz and prog, explaining through spirited performances – and largely unknown collaborations – the instrumental prowess and dexterity of these players and bands. What’s best, these sessions show these exceptional bands playing for the moment in front of a hundred strong studio audience, not weighed down by the tedium of studio recording, and thus somehow miraculously managing to capture the best of both worlds: studio performances in front of a live audience.


Now let's check out the Pop-Liisa (discogs summary link).  The first begins badly enough with two long psychy dronemaster tracks from the unpresidential Tasavallan, which I detest, though I understand others adore.  Especially when they are compelled, for some unknown reason, to stay in the same key, which is usually E because it's easiest on the guitar, for the entire 25 minute long track.

But instantly we pick things up off the floor with Jukka Hauru in no.2, one of the true masters of Finnish prog, everyone should know his two LPs.  If you don't you shouldn't be reading this, you need to go to an 'intro to prog' blog instead.  Now I haven't listened to those two recently but so far as I can tell, Mai-Ling is nonoriginal and a bit silly but the other 3 tracks are previously unheard.  Or if I did hear them, I don't remember them at all.  So Pop-Liisa 2 is strongly recommended.  (Note his backing band "Superkings" includes pianist Ahvenlahti, who I will get to later.)

On the other hand I can't say the same for no. 3 which presents Wigwam playing some of their most well-known tracks, nothing original here.  If you're looking for excellent old non-LP Wigwam, I suggest the unreleased "Fresh Garbage" collection which is amazing.  Personally I've listened to enough Wigwam that I don't want to hear the album songs anymore.  Pop-Liisa 4 presents a band with Sami Hurmerinta, who made a stunning ST 1978 advanced fusion album I strongly recommend.  I thought I posted it here but I didn't, perhaps I should.  Along with Matti Jarvinen. In this installment he plays in a band called Taivaanvuohi which never released an album, sadly, as their compositions are very strong, a mix of Wigwam and Kalevala I'd say, less progressive than the former in their heyday of course.

Jukka Hauru then reappears on number 5, with a side-long track called Gunther Angst, sorry for the title but this is a miracle of happiness for us.  To tell me that you will give me a Hauru composition I never heard before, in his typical insane-asylum progressive high-dynamic style we know so well, is heaven, Xmas time come early.  Thank you, God.  This album though is rounded out with two ho-hum fusion tracks from Nono Soderberg, who I thought I posted before but again I guess I didn't.  (Can't believe how much I failed to post in all these years.) He made two pretty good instr fusion albums, the best the first one of course, but here it's all very disappointing.

We're only at Pop-Liisa 6, so I will save the Jazz ones for next post.  No. 6 features fusionmasters Finnforest with the aforementioned Odd Tale track and an unreleased. So, unreleased Finnforest? OK kids its Christmastime for sure now.  Please get me some eggnog stat.  Don't bother pouring it from that carton.  And shut off the idiotic carols right now.  Unfortunately the creators paired this up with Elonkorjuu which is a bit disappointing to me: I mean in their best moods they were as proggy as anyone, but that wasn't meant to be on this outing.

Now we get into a string of huge ones, followed by a string of very disappointing editions.  Kalevala (7) is one of the strongest here, overall, because every track so far as I know is unreleased.  Recall they made a 1972 prog-rock masterpiece called No Names, followed by a more straight-rock Boogie album, and then they posted their 1978 Abraham album on this very blog long long ago, wherein they returned to a hard-prog style.  Amazingly, as I said, the 1973 pop-liisa has songs that are not just non-LP, but incredibly good.  So strange they didn't include them on an album at the time.  Had they given up on prog, is that the reason??

Check out the intro of the first song:


(Finnish, not German) Nimbus is a band some might know, they made a fantastic dark prog-rock album called Obus in 1974, and this Pop-Liisa has some unreleased & some well-known tracks (e.g. pessimistic dialogue) from them.  Strong recommendation.  Jukka Tolonen, well-known guitarist, is next, I mentioned him here and there in these pages but his albums are easy to acquire.  Unfortunately I think his tracks are all previously heard compositions.

Pop-Liisa 10, with the Hurmerinta-Sorvali big band, is disappointing, as you'd expect, and the series hits its nadir with a straight rock band full of cover versions called Alwari Tuohitorvi (11) which in my opinion deserves to be utterly forgotten, put it back into those vaults guys, and the singer Kirka and the Islanders backing group, equally dreadful (12).  Avoid those, as well as the Hassi Walli (16), Petri Pettersson (17) and Donna + Tabula Rasa (18).

This leaves a few more.  On no. 13 we have Matti Jarvinen (he made a great proggy pop album called Matin Levy which I didn't post here) and Cascade.  The latter is a straight soul pop group I have never heard before, who made one album with cover songs in this period.  They perform a wonderful version of Stevie's Perfect Angel song which he wrote (if you recall) for "Lovin' You" Minnie Riperton's 1974 LP.  I'll post their LP down below as I enjoyed it, despite the cover version of Beatles' Because which should be criminally outlawed (to copy I mean).


14 is Mike Westhues which I enjoyed--slightly.  It's a rare bit of folk for this series.  15 is a band called Orfeus, which I was completely unaware of heretofore and probably will be in the future too.  Unclear to me whether their released LPs are worth pursuing, probably not.  (They did make some of those.)

A bit much for one post, so I'll do the Jazz next time.