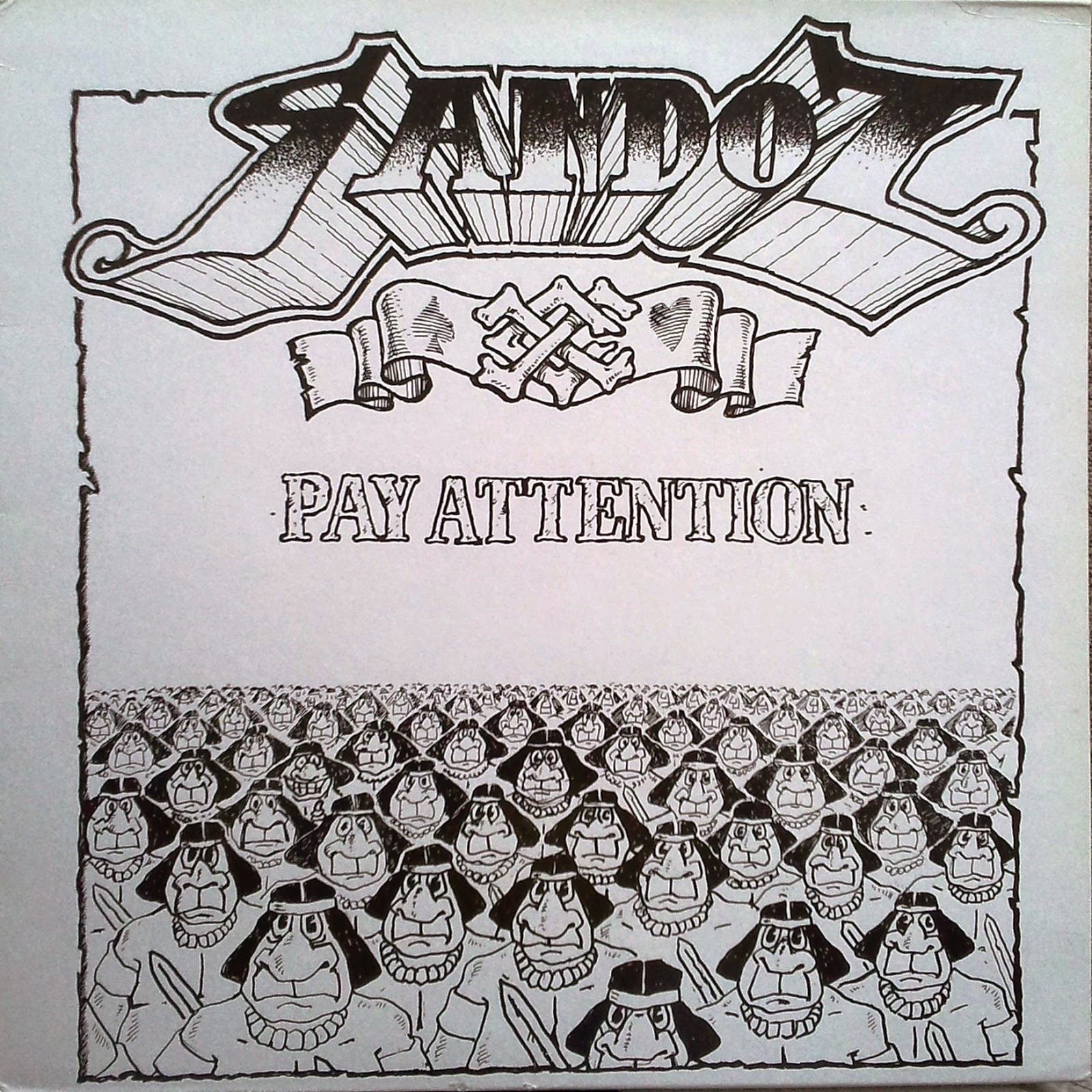 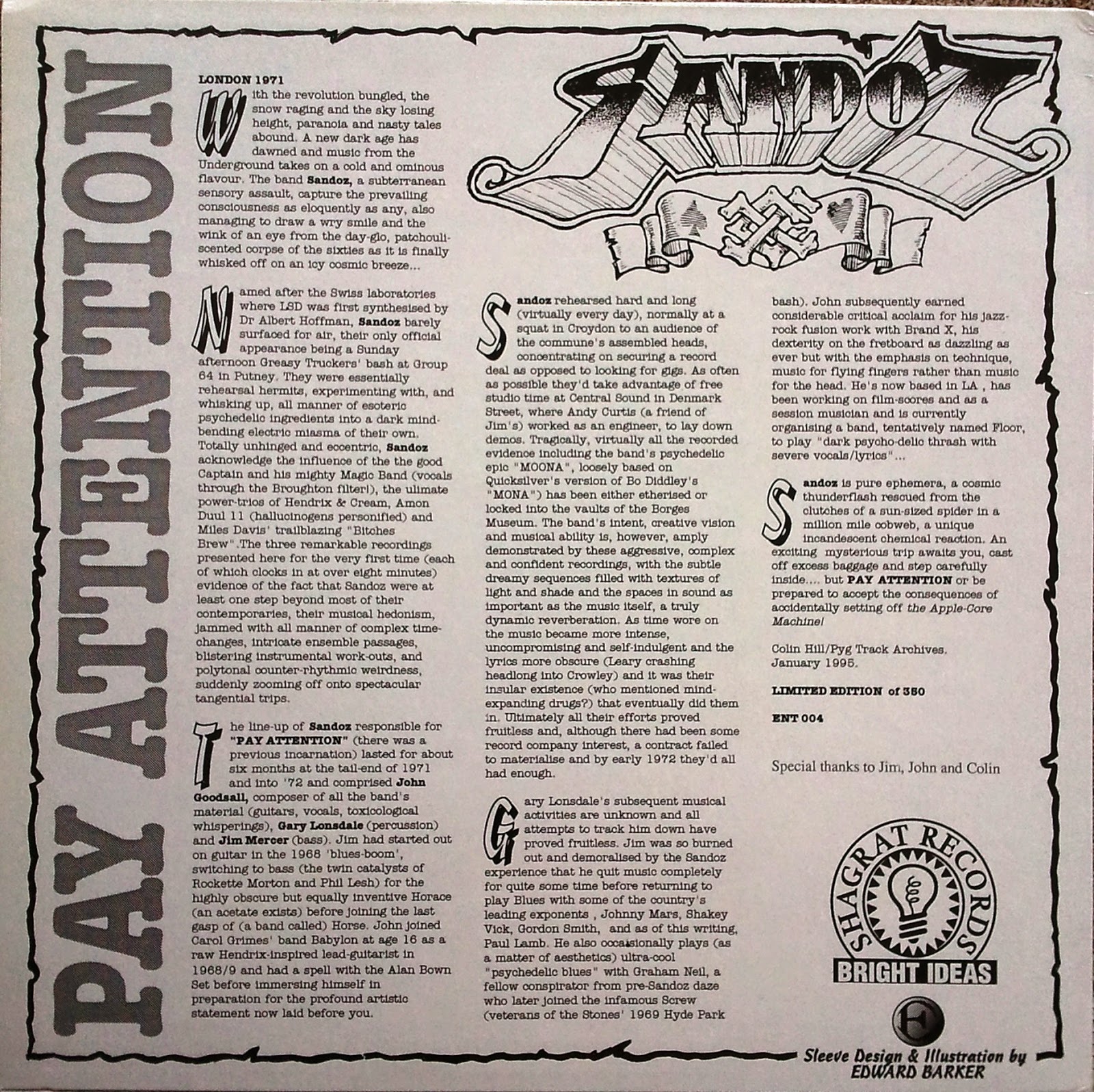 I am glad to get a good scan of the back cover as it reveals quite a bit of interesting information.  Here is the first part, I recommend you read the whole blurb:

With the revolution bungled, the snow raging and the sky losing height, paranoia and nasty tales abound.  A new dark age has dawned and music from the underground takes on a cold and ominous flavour.  The band Sandoz, a subterranean sensory assault, capture the prevailing consciousness as eloquently as any, also managing to draw a wry smile and the wink of an eye from the day-glo patchouli-scented corpse of the sixties as it is finally whisked off on an icy cosmic breeze...

Named after the Swiss laboratories where LSD was first synthesized by Dr. Albert Hoffman, Sandoz barely surfaced for air, their only official appearance being a Sunday afternoon Greasy Truckers' bash at Group 64 in Putney.  They were essentially rehearsal hermits, experimenting with, and whisking up, all manner of esoteric psychedelic ingredients into a dark mind-bending electric miasma of their own.  Totally unhinged and eccentric, Sandoz acknowledge the influence of the good Captain and his mighty Magic Band (vocals through the Broughton filter!) the ultimate power trios of Hendrix and Cream, Amon Duul 1 1  (hallucinogens personified) and Miles Davis' trailblazing Bitches Brew.  The three remarkable recordings presented here for the very first time (each of which clocks in at over eight minutes) is evidence of the fact that Sandoz were at least one step beyond most of their contemporaries, their musical hedonism, jammed with all manned of complex time-changes, intricate ensemble passages, blistering instrumental workouts, and polytonal counter-rhythmic weirdness, suddenly zooming off onto spectacular tangential trips..."

And I beg you to continue reading, where you will find information on the subsequent careers of the band members: as mentioned by one commentator earlier, the guitarist and mastermind / composer went on to play fusion guitar for Brand X...  But we will all agree that this early work was far, far superior to any later Brand X material... I hope.  For this is progressive rock at its finest moment, absolutely 100 percent uncompromising, a complete F-- you to any kind of semblance of respect for any music industry or commercial popularity:  this is true art.
Labels: Sandoz