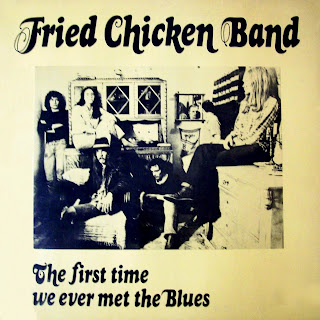 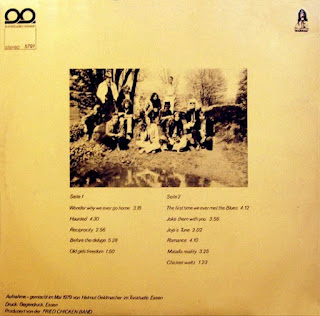 Here's a song I heard just recently and it quickly became my favourite tune partly due to its folksy American feeling and the way it aligns with the current zeitgeist in the United States.  In fact it could've been a theme song for the Trump campaign. For this reason I wrote up all the lyrics as well as I could below so you can read them.

You can hear it on youtube or alternatively just play it down here:

Wandered by the old mines early one night
as the last pile of salt was being dragged out
went by the boat to the opposite shore
cuz they don't like strangers lookin' about
and security might (?) show on the dust and the gravel--
as the last truck was pullin' away
I heard a man sob and sittin' out on the porch
where the men always come to be paid--

with a pint by his side and his head in his hands,
he looked up and he called me:
"why'd you come round here; you're wanted out here
you came to stare at my misery?
so you see how it is for thirty years in this place
a man just gives you the news:
he says here's your final check and a pretty gold watch
cuz we're through payin' all of your dues--

"Know if I could I would leave this town but
I got a wife and kids to look after
and I don't go back to have a drink with the boys
couldn't stand the sympathy and the laughter
they would say when I was gone he gotta talk right (?) that's all
but he's too old to push the people around
in life there's work for the young and the strong
but I'll soon be layin' deep in the ground

"Don't know how the hell I got talkin' to you
but there's got to be someone who understands
worked all my life like a son of a bitch
usin' nuthin' but a pair of good hands
all society gives me the shame I can't handle
strugglin' anyway that I can:
changing as they want me from a strong old guy
to a snivellin' second class man

"and I will be haunted-- by the thundering blast--
that rocked the earth-- each day at noon--
If someone has the courage to tear the whole place down--
it won't be too soon..."


Pure American poetry.  Worthy of a Nobel too, according to senile Swede seniors?  Yeah, who isn't?  At the same time, the hint of violence-- that classic American crime of going postal at a workplace-- is so chilling too.

Having become haunted by this song, what I'd like to know is, who wrote it?  Is it a cover version of a previous folk song, or, unbelievably, did this utterly unknown German group from the late seventies actually pen it?  Someone out there knows something, as they say on America's Most Wanted...