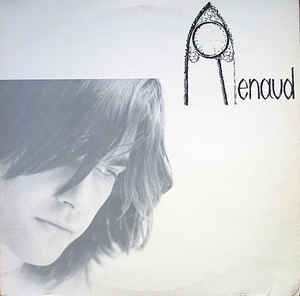 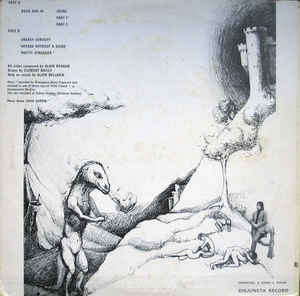 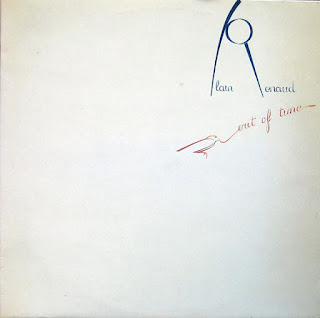 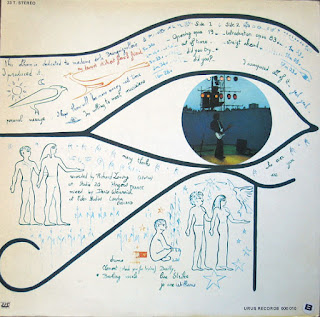 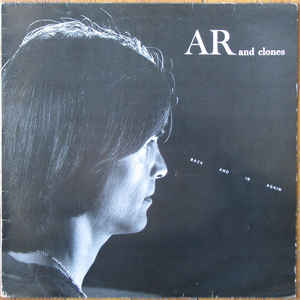 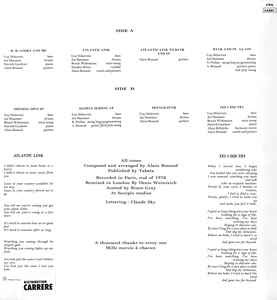 His three albums form a kind of trilogy, with the style not changing much at all despite the passing of seven years from beginning to end.  In addition to that some songs are recycled from one album to the next, or titles refer back to earlier titles, a track called Back and In becomes Back and In Again by the third album, several songs are referenced by opus number, Did You Try from the 2nd becomes Yes I Did Try by the third, etc.  It's great that the 1982 opus shows absolutely zero influence from the 80s with no digitalese, no drum machine, no jumpy staccato playing, etc.
The database discography is here.  Note that he made an album with friend Alain Bellaiche in 1974, which is chansonnier SSW unfortunately, no fusion or prog at all.  In keeping with his experience in Triangle and with Richard Pinhas' Heldon there is a little synthesizer noodling here and there, but really not to excess.  I love the use of different guitars, sometimes unison thirds playing the melodies which is always nice to hear (think Led Zep's Black Dog when the riff is played a third interval apart on two separate guitars).  There is quite a bit of bluesy songwriting too, which I find appealing in conjunction with the heavy electric guitarwork.
From the first album, Voyage without guide:
From the 2nd, Opening Opus 19:
And look at that great hair: 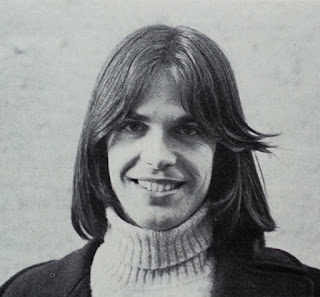 The cover of the first album is beautiful, and that calligraphic doodling adds to the charm in my opinion, presumably the drawings were by the artist?  Btw for those who are older, the Egyptian references from the second may remind people of the smash hit effects of the King Tut exhibit.

I'll throw in the 1976 album from Alain Bellaiche alone, without Renaud, which trends towards more electric fusion, because it kind of complements these others. At least, Bellaiche's guitar-playing is similar to Renaud's on the latter album, though it's relatively generic AOR with one nice exciting fusion track, the ST Sea Fluorescent.