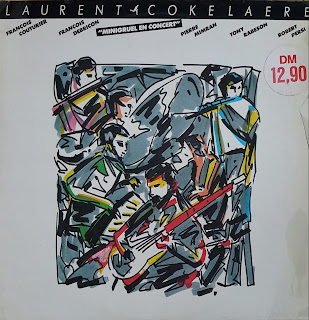 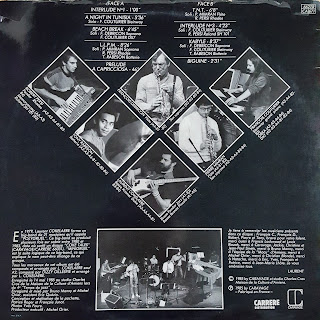 The album starts with a solo by Cokelaere supposedly played on the bass--though it sounds to me like a guitar, I never knew a bass could be so soprano, then inauspiciously the band plays the ancient and thus rotting, decomposing standard Night in Tunisia, and by now everyone knows what I think of those godawful rejecta, inexplicably long-lasting despite being usually not even the best of melodies, played over and over like The Beatles' Yesterday on classic radio to the point of Guantanamo-generated insanity or rather CIA-sanctioned torture.

Inevitably this follow up successor to the previous Coke Tales masterpiece is not as good, being more commercial-oriented and fuzacky  and live, to boot.  Most appropriately for these times, a track called Beach Break (everything written by Cokelaere except the aforementioned Tunisia):