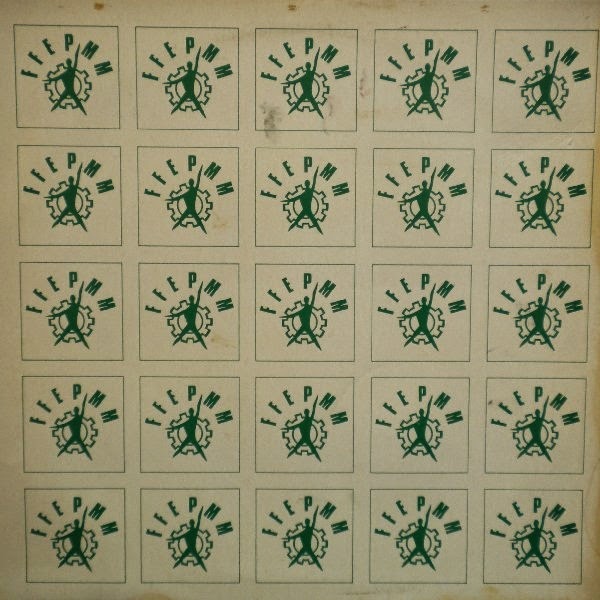 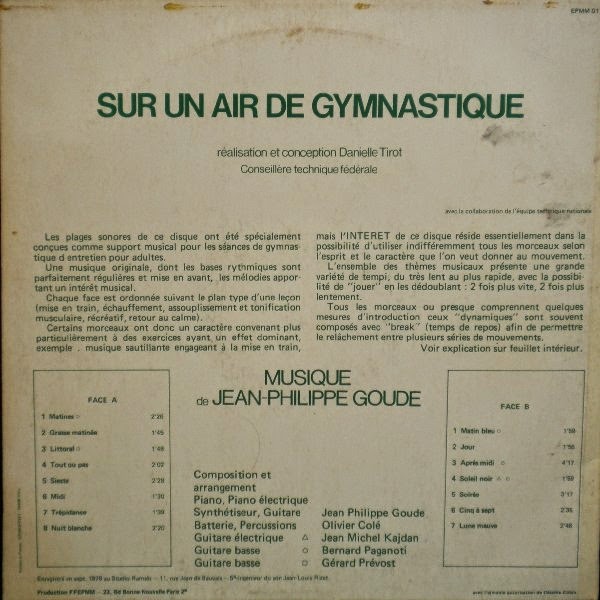 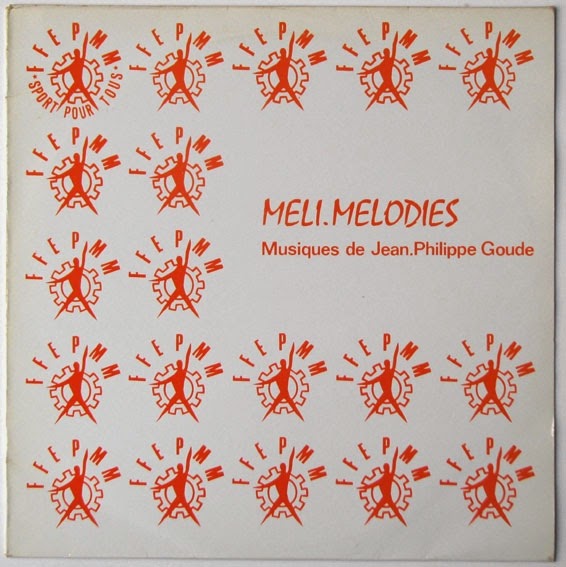 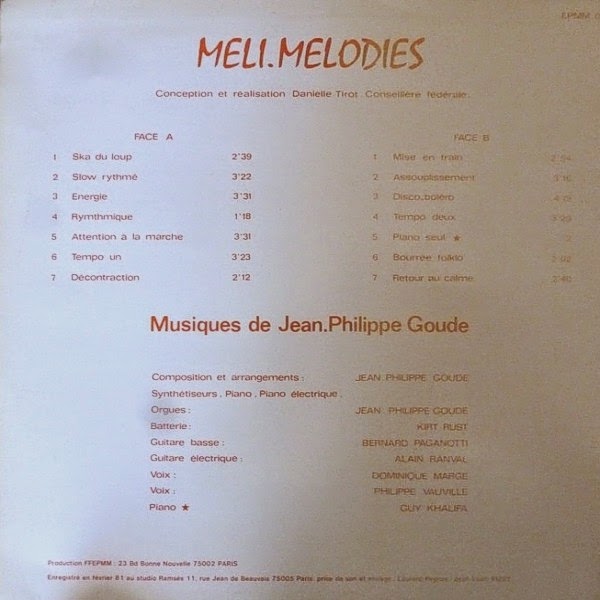 Obviously these two wonderful albums belong together.  The latter has been available for some time digitally while as far as I know the former not, so I'm quite happy to present to you a brand new work to listen to.  When it comes to progressive masterpieces Jean-Philippe Goude's (who was in famed zeuhl masterpiece band Weidorje) earlier record with Olivier Cole (his percussionist on all these records, who was also in Gilbert Artman's Urban Sax) called "Jeunes Annees" is for me the true work of genius. As well one should mention 1980's Drones which is not to be ignored either.  In addition notice the presence of famed magmaesque artists Paganoti (misspelled with one t on this record!) on bass, and Kajdan on electric guitar on this 1978 outing.  (Another guitarist, Alain Ranval, plays on Meli.)

Given that it has held out for so long this album is not surprisingly the slight inferior in comparison with Meli.  The most progressive composition I was able to find was Midi, which seems to be a restatement of another track from another album, not sure which one exactly:

(Gotta love that final chord.)  Yet most of the music here is far too simple to be of any use to us.  Perhaps we were expecting too much, after being spoiled by the embarrassment of riches to be found in Weidorje, Jeunes Annees, Drones...

[Sigh, how it takes you back to those wondrous gorgeous progressive Magma years!!!]

With regards to his later chamber works, I felt his best was the earliest, De Anima, though the simplicity of these compositions leaves a lot to be desired.
Labels: Jean-Philippe Goude, Library