Mike Herting's Who Owns Brazil in 1990 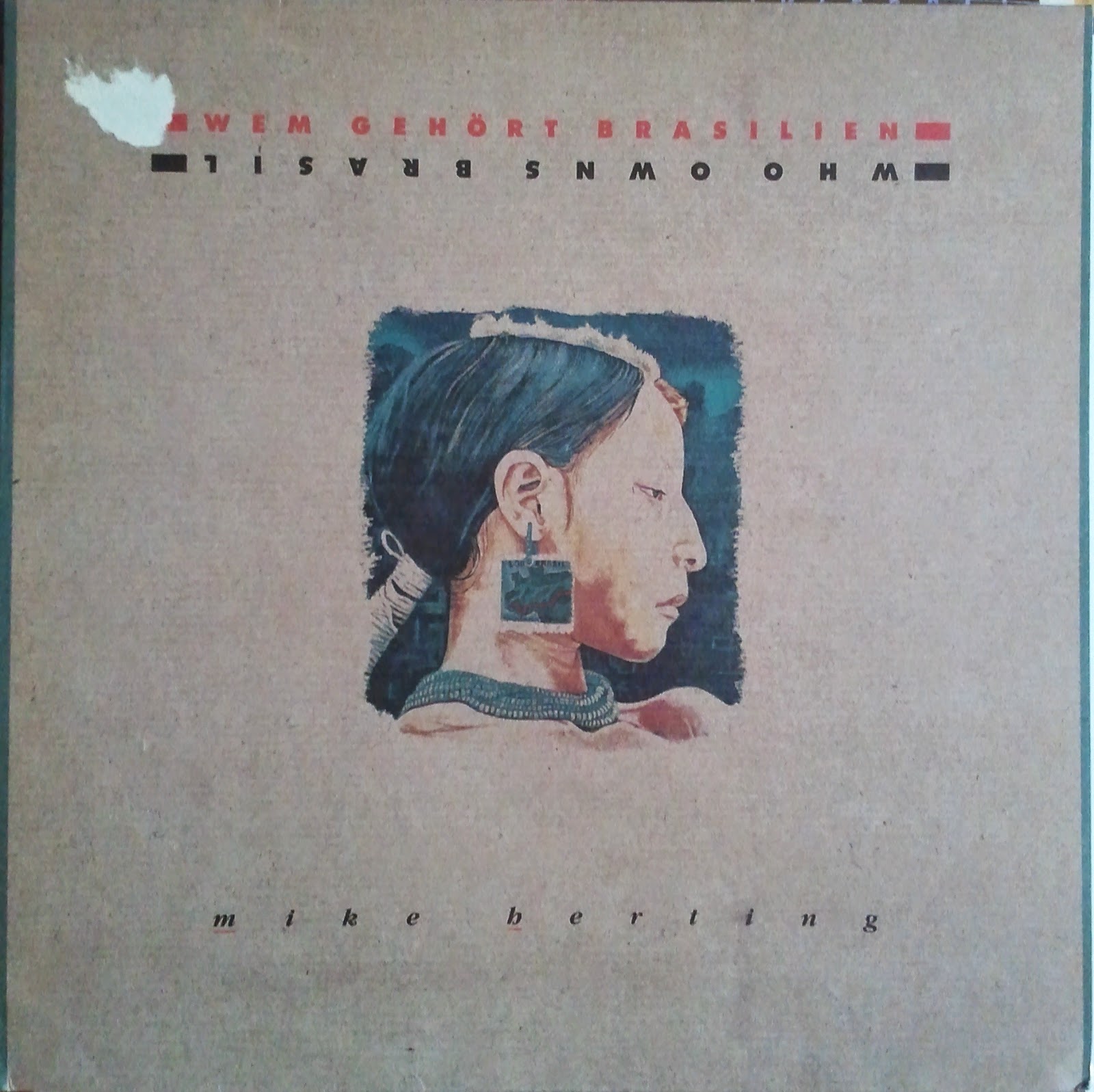 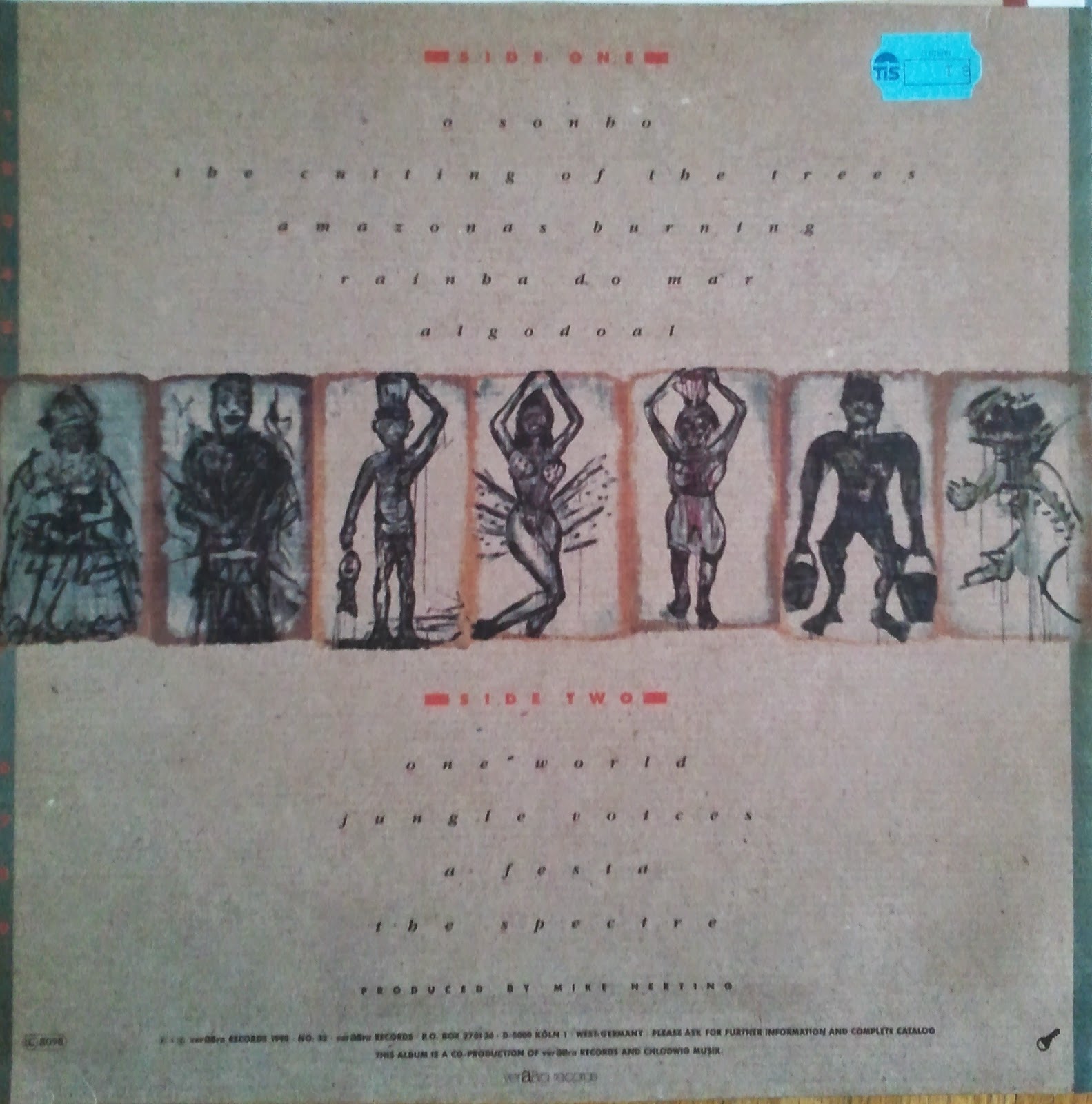 A beautiful record from Germany that really doesn't overdo the Latin aspects, thankfully, mixing a great deal of interesting songwriting with depth and feeling.

I really fell in love with the last track called Spectre, about hunger:

Now that there are more overweight and obese people in this world of 7 billion than starving, there is even less excuse than before for not addressing those structural imbalances that still lead to massive hunger in less developed countries (e.g. agricultural subsidies, which pay Western farmers for dumping cheap corn on the world market, impossible in Africa) and outrageous food waste in Europe and North America.  Yet just as this stratification of rich and poor has gotten worse, selfishness on the part of the rich has gone up in lockstep-- big surprise.

Sadly I read a recent article in a Science Journal that described how using satellite imaging, we have seen Brazil (after a lull in the nineties caused by international pressure-- remember Sting?) has secretly but positively resumed destroying its virgin forests at an accelerating pace and is almost on track to accomplishing the worst case scenario of twenty-five years ago, e.g., 95% of forest gone in twenty years.  And because this was once an international cause celebre, expect that it will never again draw anyone's attention-- never, such is humanity...   This time the culprit appears to be primarily the bizarre human lust for steaks and hamburgers.  Think about that the next time you eat a McDonalds Happy Meal.  As well most people believe Indonesia's rainforests (with its gentle orangutans) are a write-off, the cause there being primarily the insatiable Asian need for wood, and equally insatiable Western need for cheap palm oil for products like nutella, etc., and you can bet China has begun to take aim at the last remaining areas of forests in Central Africa.  Only some change within that country will allow these forests to remain intact, and don't count on it, the upcoming climate conference later this year in Paris is expected to announce billions of dollars in transfers from the West to the less developed countries in part to compensate them for keeping their valuable forests, in part as restitution for once again making their lives harder.  Given that the development aid coming from Western countries has hit an all-time low in the last few years since the recession, I don't think we will see any such monetary transfer in our lifetimes except in the form of promises though there might be hope for the children and young adults coming to their senses later when they gain power in this rotten world.  (In that regard, there is a good deal to be hopeful for, since each generation becomes more progressive than the preceding-- I think about how fair treatment for homosexuals was not even talked about when I went to school, today, it's taught in the earliest grades.)   So it's all up to China-- like the elephant poaching, the tiger and rhino exterminating, the 90 percent of sharks in oceans killed for that putridly disgusting shark-fin soup, and why not say it straight up: as chief emitter of carbon dioxide today, China can fairly be called the destroyer-in-chief of the entire planet at this point.  All hail!

For us at least we have this beautiful music with which to drown our sorrows...