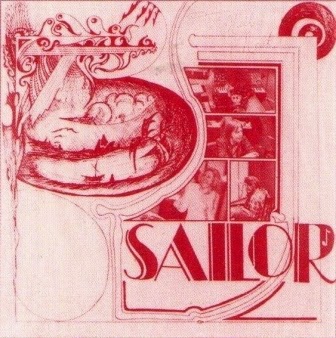 There is no adequate cover available for this rarity which usually sells for the hundreds of USD on ebay.  My copy is derived from an illegal CD reissue that lacked proper scanning technology tragically I was thus left without images but the music more than makes up for that deficiency.

A masterpiece if ever I heard one in the progressive fusion vein, once ripped long ago by the indomitable osurec and high priced if ever you seek it out--  some more information albeit sparse here.

Incidentally it's easy to confuse this band with another from 1976 which is west coast singer songwriter material, but also highly enjoyable and expensively rare.  If anyone wants I have a decent rip of the latter, later Sailor to share, but I am not permitted to share a good copy of this one.


First of all, from Tom:

Sometimes known as The Sailor Band, due to a few copies having a stamp. From Minnesota and surprisingly sophisticated for such a private release. Most albums from 1974 have a strong hard rock element, and there's little of that here with this jazz and classical inspired album. Plenty of jazz guitar and piano as well as amp'd up electric guitar and Hammond organ. Almost all instrumental except the final track. A nice surprise.

For me it most recalls the Natural Life LPs I posted so long ago with its mix of classical compositions and fusion with a strong electric guitar basis.

Here's a great little track full of progressive ideas, that I've always loved due to its unusual chromatic guitar chords combined with equally unusual chromatic phrases by both organ and guitar (but going in the opposite direction) evoking The Waterfall:

I love the Earth Day message too.