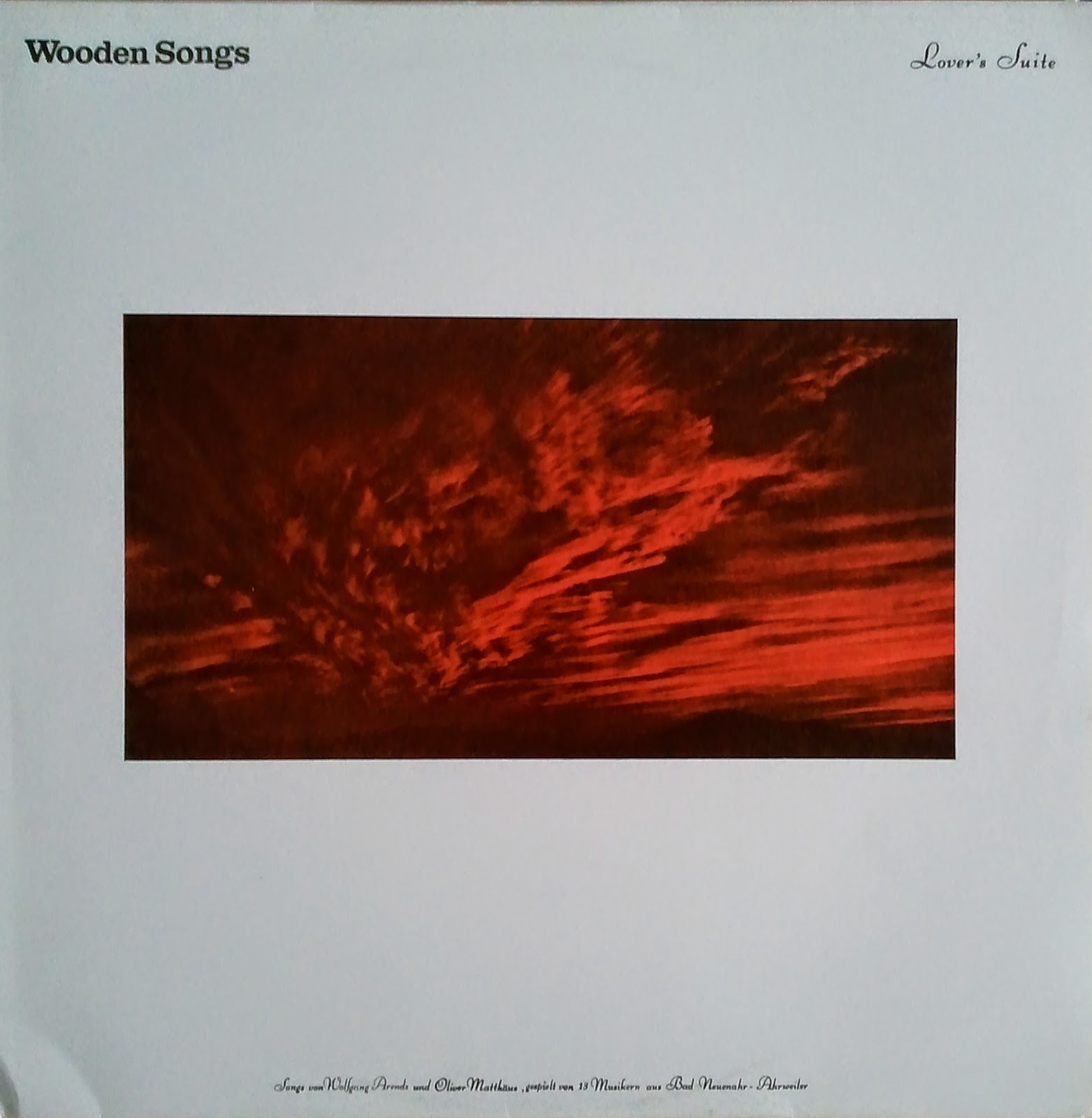 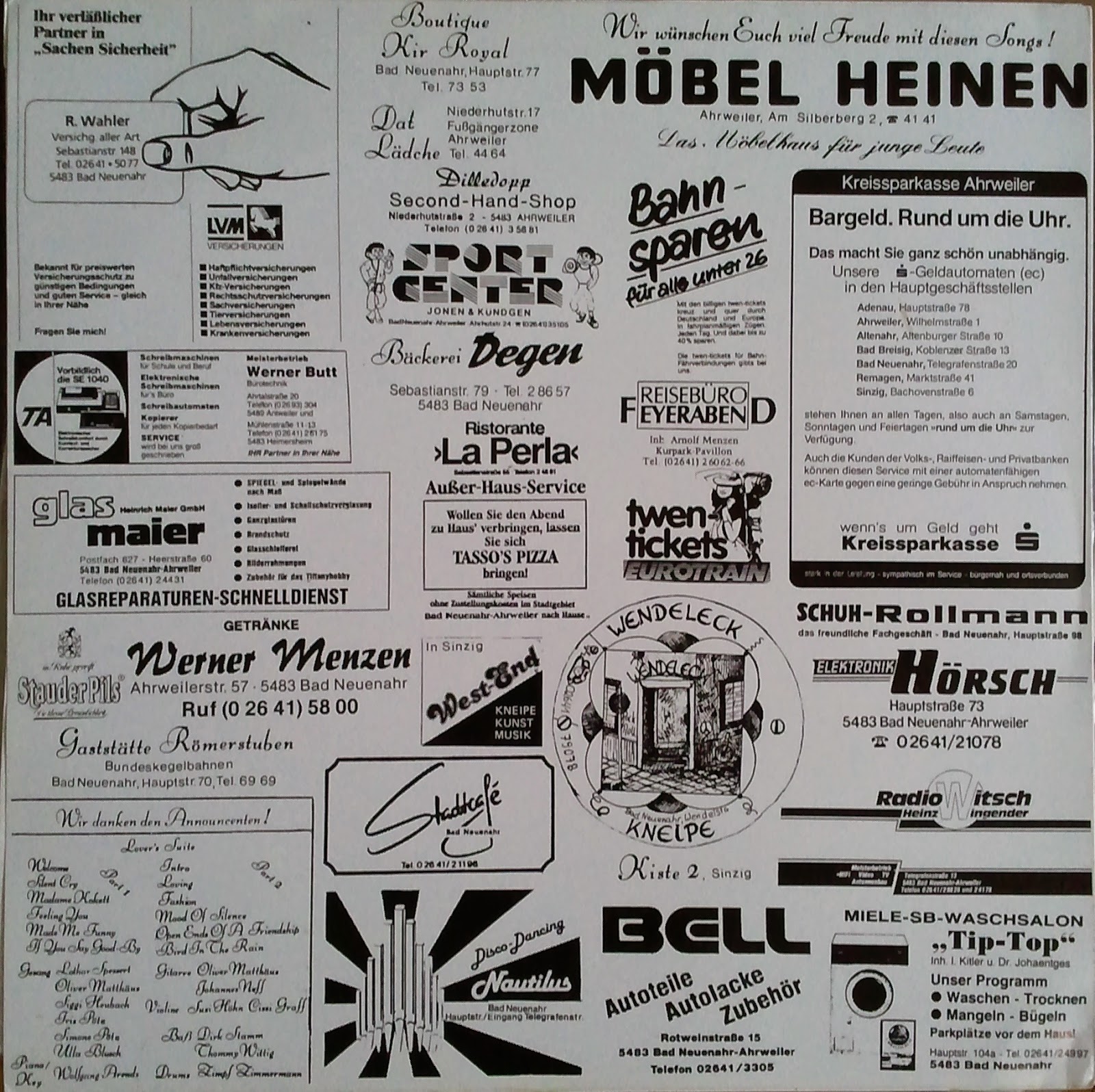 This is a very mellow meditative record of softer songs very similar to Confidence in the Future, but more pop-oriented.  Unlike the latter I am able to present a full rip luckily, or perhaps unluckily as you might find.  In keeping with the concept of a Suite the songs run into each other but still are separable.  I enjoyed the piano noodling in between many of the tracks, though it may sound a bit too extemporized for many.  As well the player seems to overuse the sustain pedal, as beginners often do, in order to compensate possibly for a deficiency in accomplishment or precision.

The Intro to side b really takes it into the intellectually thoughtful and progressive realm, thus dooming these poor artists to commercial failure without a doubt:

While this song is notable because it's one of the worst I've heard in a long time:

At the bottom of the front the following helpful description:

The former is on the piano and the latter on the guitar.
Labels: wooden songs