Peter Harris' Ruby from down under 1975 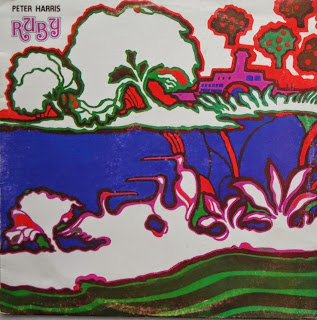 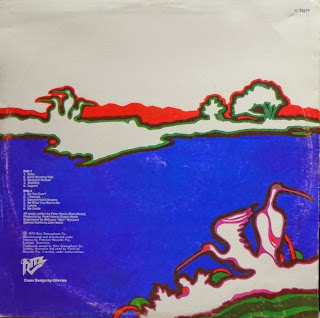 What I'm going to do for the next few weeks, as mentioned earlier, is present a few big in-demand records, after which, in about a month I will be on holidays and will only put up no-download reviews (that are worth seeking out).  Those will at least feature uploaded songs you can stream-- so do, please listen!!  Eventually everything will be available, so it's just a matter of patience in my opinion, if it's not me, someone else will open Pandora's box...

Then in early July I will be back with more wonderful new music for everyone to hear-- and that's a promise.  This searching for old gems just never gets tiresome for me.  For those who are only interesting in hearing what I'm talking about, they will have to wait a bit while I am away.  But before this, some more big LPs: folk, progressive, fusion, etc., will blow your socks off--
Stay Tuned!!


First up a magically, gorgeously beautiful folk album that stunned me when I heard it.  There is some basic information in a few places with a google search, the following is very helpful and informative as initial:

It was a river scene depicting waterbirds, big trees and a paddle steamer painted in bright hues of blue, green, orange and pink. The cover art for Peter Harris’s 1975 LP Ruby inspired Jordie Kilby to pick up a copy in a coastal town second-hand shop a few years back. It started a journey to track Peter down and discover more about his inspiration for the album and the other recordings he made.

Peter Harris studied piano and bassoon at the Sydney Conservatory before heading bush to Cooma, where he spent time working on travelling theatre shows for the workers on the Snowy Hydro. He moved back to Sydney in the early '70s and began teaching and making music. One of his more adventurous guitar students was Dave Madden and they soon teamed up and eventually recorded a single (Remember Me) and an LP (Fools Paradise) together both of which are highly sought-after today for their adventurous song writing and production.  After the two parted ways, Harris moved back to rural NSW and there, inspired by the town of Wentworth and the rivers around it, he wrote the songs that he later recorded on Ruby. Unfortunately he wasn’t in a position to promote the LP from where he was living out bush and the record sank with little trace until collectors began championing its merits in more recent years.

These days he is involved with children’s theatre and puppetry as well as playing with his Celtic band, Welder's Dog.

A beautiful companion piece to Madden & Harris's "Fools Paradise", one of the rarest and most sought after Australian Folk LP's. Harris's songwriting shines through with some wonderful timeless and thoughtful tunes, very much English Folk in style, delicate and well produced. Quite a few tracks could easily slot straight onto Fools Paradise, and you'd be none the wiser. "Legend" is one of his finest pieces imho. There's a few moogy bits which probably could have done without, but that's just nitpicking. Side 2 is the better of the two, to my ears, actually tracks 4 to 11 are simply superb. I can see how Madden & Harris, or Peter Harris may not be to everyone's taste, if you love the Acid Folk/Psych/Chaos of Comus...but dislike Tudor Lodge, this maybe not be your bag...but if you appreciate both for what they offer, i'm sure you'll also enjoy this as well. A great shame he slipped under the radar, and well worth tracking down a copy.


This review is right on the money in my opinion.  And speaking of money-- It's not cheap!

Luckily we are more interested in the music than the vinyl circle so we can enjoy it as it should indeed be enjoyed.


What heart and soul the songwriter put into this piece.  Let's treasure the effort.