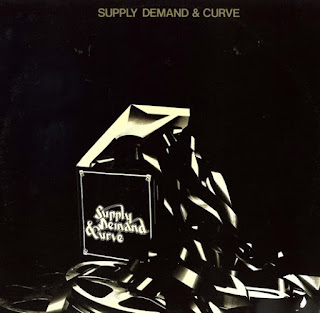 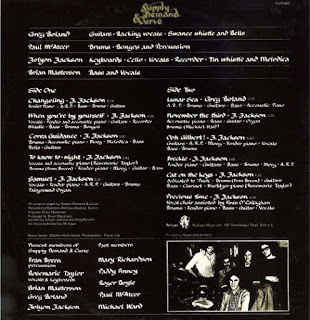 Such a beyond brilliant expression of the fabulous fusion spirit of the seventies, with wacky songs (Ooh Gilbert) experimental passages, fusion, everything creative and wonderful, this was mostly written by Irish composer and keyboardist Jolyon Jackson who passed away shockingly early before the age of 40.

The track called Ooh Gilbert is such a masterful composition it just blows me away every time, with its satirical and snide ridiculing of the fame of Gilbert O'Sullivan tempered by jealousy of his success which the writer could never hope to achieve with this crazy progressive style of music:

And then Cat on the Keys demonstrates their remarkable aptitude with fusion performed by a virtuoso band:

Then, oddly enough, the collaborative album Jolyon did in 1980 reverted completely to Irish folk and jigs, giving up completely the progressive spirit.